Milena Salvini is an Italian-born French exponent and teacher of Indian classical dance. Especially known for her services to Kathakali, in 2019 she was awarded India's fourth highest civilian award, the Padma Shri.

Milena Salvini was born in Milan. Her father died when she was four years old. Her mother brought her to France where she began learning music. She also studied modern dance, performing with the Ballets Contemporaines de Karin Waehner in Sensemaya by Sara Pardo in 1963.

In 1962, Salvini obtained a two-year scholarship to train in Kathakali at the Kerala Kalamandalam. Upon her return to France, she established a tour by the Kathakali troupe of the Kalamandalam under the auspices of UNESCO.

She married Roger Filipuzzi, an architect in 1974.

Salvini and Filipuzzi opened the Mandapa Centre in Paris in 1975 to teach classical dance. In 1980, she arranged for the Kalamandalam's Kutiyattam troupe to travel to Europe with funding from UNESCO. In 1999, another Kutiyattam tour she organised resulted in UNESCO encouraging an application to its newly established Intangible Cultural Heritage of Humanity programme. Kutiyattam was added to the list in May 2001.

The contents of this page are sourced from Wikipedia article on 31 Dec 2019. The contents are available under the CC BY-SA 4.0 license.
comments so far.
Comments
From our partners
Sponsored
Reference sources
References
https://padmaawards.gov.in/PDFS/2019AwardeesList.pdf
https://swarajyamag.com/magazine/why-you-cannot-leverage-indian-soft-power-without-producing-indic-art
http://chestnut.fr/en/milena-salvini-et-roger-filipuzzi-une-vie-de-passion/
https://books.google.co.uk/books?id=AUes3pBJXo8C
https://www.thehindu.com/todays-paper/tp-features/tp-fridayreview/in-the-footsteps-of-the-maestros/article3216920.ece
https://www.lemonde.fr/culture/article/2011/06/03/vingt-huit-heures-de-musique-indienne-orchestrees-par-ariane-mnouchkine-et-milena-salvini_1531512_3246.html
https://www.thehindu.com/todays-paper/tp-features/tp-fridayreview/lsquoDance-is-universal/article15940932.ece
http://www.centre-mandapa.fr/ 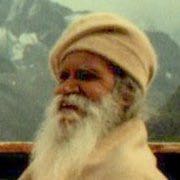 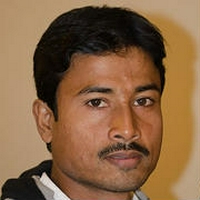