Milan Muškatirović (9 March 1934 – 27 September 1993) was a Yugoslav water polo goalkeeper. He was part of the Yugoslav teams that won a silver medal at the 1964 Olympics and placed fourth in 1960. He won another silver medal at the 1958 European Championships. In 1959 he graduated from the University of Belgrade, and since 1965 worked as professor of organic chemistry there. 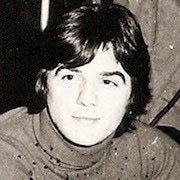