Mila Wellerson (1910 - after 1972) was an American cellist. A child prodigy billed as "the Miracle of the Cello", she began performing at the age of four and later became a well-known cellist in the United States and Europe.

Mila Wellerson was born Mildred Wellerson in 1910 in New York City into a musical family of immigrants from Russia. Her father, Max Wellerson (1883-1970) was a pianist and her mother, Mera Schkolnik, was also a cellist. Her aunt (father's sister), Ida N. Wellerson, was a pianist; and her mother's brother and sister, Jenny and Ilya Schkolnik, respectively, were famed violinists. Ilya used to perform for the Detroit Symphony Orchestra.

Mila and her twin sister, Eugenia, were taught to play musical instruments by their mother, who had given up her own professional aspirations as a cellist after the marriage. Growing up, Mila was interested in playing the cello, but the traditional cellos were too big for her; her parents then took a large viola and inserted a peg on the end and devised a child-sized cello to train her. Her sister, Eugenia, studied the violin and often appeared with her in early recitals.

When they were six years old, the two sisters made their debut at the Carnegie Chamber Music Hall in New York City, on April 30, 1916. They continued to perform at various local venues, mostly in New Jersey (where they lived at the time), over the next few years.

On March 20, 1920, Wellerson made her official solo debut at the Carnegie Chamber Music Hall. Two days later on March 22nd, she performed at Aeolian Hall in New York City. And on November 6th, she played her own composition, Lullaby (The Cranky Baby) at the main auditorium of Carnegie Hall.

On November 8, 1920, Wellerson also performed as a soloist with the Cincinnati Symphony Orchestra under the direction of Belgian violinist Eugène Ysaÿe. She toured Europe in the spring of 1922, where it was reported that she easily had passed the Paris Conservatoire examination, but was advised by admirers that she had no need to attend the prestigious academy.

By 1930, the Wellersons had divorced and Mila and Eugenia were living with their grandmother in the Bronx, New York. Around that time she officially adopted her professional name Mila (changed from Mildred). In 1930, she was one of the winners of a prize from the Walter W. Naumburg Musical Foundation, which sponsored her 1931 recital at Town Hall. Over the following years, she performed at many famed events, most notably at Radio City Music Hall in New York in 1934 and a benefit performance for Polish Jews at Town Hall in 1935. Around the same time, she was introduced to Russian-American composer Boris Levenson who accompanied her on many future performances.

By 1952, Wellerson had moved to Holland and settled in the Hague. Reasons for her move are not clear, but from a 1952 letter she wrote to her friends, Samuel and Rose Schwalb, it is understood that she had difficulties finding professional opportunities in the United States, claiming that the cello "is an instrument that is still not understood."

She continued to perform in Holland and elsewhere in Europe with groups such as the Philips Symphonie Orkest in Eindhoven, Netherlands.

There is not much information available about her life after 1972. 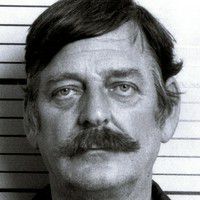 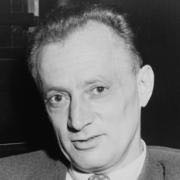