He was born on 6 December 1983 in Wrocław and grew up in Rolantowice, Lower Silesia. At age 16, he signed up for a theatre group at high school where he performed plays by Gombrowicz, Maeterlinck, Witkacy and Goethe. In 2007, he graduated from the National Academy of Theatre Arts in Kraków. As a student, he performed in Karol Szymanowski's opera King Roger directed by Mariusz Treliński. He also completed studies at the Theatre Faculty of the Academy of Performing Arts in Prague (DAMU).

Between 2007–2011, he worked at the Juliusz Osterwa Theatre in Lublin. In 2011, he moved to Warsaw where he started collaborations with the Na Woli, Scena Prezentacje and the Polish Theatres. He also performed in London's Mermaid Theatre in a play Chopin musi umrzeć (Chopin Has to Die). In 2012, he started to gain popularity when he appeared in TV soap opera M jak miłość broadcast by TVP2 Channel. He also starred in such series as Na dobre i na złe, Ojciec Mateusz, Prawo Agaty and Na Wspólnej. He made his film debut in 2012 by taking part in Maciej Żak's film Supermarket. Other notable films he appeared in include Maciej Pieprzyca's 2013 drama film Life Feels Good; Robert Wichrowski's 2014 film Karuzela, which was screened at the Marché du Film during the 2014 Cannes Film Festival and Krzysztof Łukaszewicz's 2015 war film Karbala, which is set during the 2003 invasion of Iraq.

He also played in numerous theatre productions including Juliusz Słowacki's Balladyna directed by Bogdan Ciosek in 2008, Hervé Guibert's To the Friend Who Did Not Save My Life directed by Michał Sieczkowski in 2008, Woody Allen's God directed by Grzegorz Kempinsky in 2009, Fyodor Dostoyevsky's Crime and Punishment directed by Krzysztof Babicki in 2010, William Shakespeare's Much Ado About Nothing directed by Tadeusz Bradecki in 2011, William Gibson's Two for the Seesaw direced by Jerzy Gudejko in 2018, and Harold Pinter's The Dumb Waiter directed by Wojciech Malajkat in 2019.

He has got a sister Agata. He was in a relationship with actress Marta Juras with whom he has a son Antoni (born 2011). 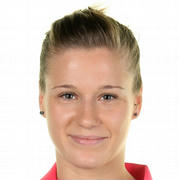