Mikko Rantanen (born 29 October 1996) is a Finnish professional ice hockey forward. He is currently playing for the Colorado Avalanche of the National Hockey League (NHL). He was selected in the first round, 10th overall, by the Avalanche in the 2015 NHL Entry Draft.

Rantanen made his professional Finnish SM-liiga debut as a 16-year-old playing with HC TPS during the 2012–13 season. Rantanen had played with TPS from a youth of 14-years old at the under-16 level. In 15 games he impressively scored 2 goals and 3 points.

Entering the 2014–15 season as the only 17-year-old to play in his third year with TPS, Rantanen signed a two-year extension to remain with the Liiga outfit on 9 October 2014. Through using his big frame and physical play, Rantanen recorded career high 9 goals and 28 points in 56 games, also serving as an Alternate captain. Rantanen also featured for TPS junior club in the post-season recording 14 points in 7 contests to help capture the Championship and was given Best Player honors for his efforts.

In his NHL draft eligible year, he was subsequently rated as the top European skater at season's end. He was the first European based player selected when he was taken 10th overall by the Colorado Avalanche at the 2015 NHL Entry Draft on 26 June 2015.

On 13 July 2015, Rantanen was signed to a three-year, entry-level contract with the Colorado Avalanche. After attending his first Avalanche training camp, and impressing in the pre-season, Rantanen was announced to have made the opening night roster for the 2015–16 season as an 18-year old on 6 October 2015. On 8 October 2015, Rantanen made his NHL debut to open the season with the Avalanche in a 5-4 defeat to the Minnesota Wild. Rantanen was used in a depth role and played limited minutes over six scoreless games with Colorado before he was sent to AHL affiliate, the San Antonio Rampage on 22 October 2015.

In his AHL debut, Rantanen contributed with his first goal and assist in North America during a 5-1 victory over the Stockton Heat on 24 October 2015. He continued his scoring pace with the Rampage, leading the club in all offensive categories before he was selected to the AHL All-Star Game as the second-youngest participant in the event's modern history. After receiving a three-game recall to the Avalanche, Rantanen was returned to complete the season with San Antonio, becoming just the seventh teenager to reach the 60 point mark in 52 games. In finishing 6th in overall scoring he earned a selection to the Second All-Star Team and shared the Dudley "Red" Garrett Memorial Award, alongside Frank Vatrano as the League's rookie of the year.

Rantanen was introduced and developed as a youth in the Finnish national junior under-16 program. He was first selected at an international tournament at the 2013 World U-17 Hockey Challenge, tallying 7 points in 5 contests. He went on to lead the team at the under-18 level with 7 points in 4 games at the 2013 Ivan Hlinka Memorial Tournament before competing in his first full IIHF competition at the 2014 IIHF World U18 Championships.

Rantanen continued his progression within the Finnish junior team in earning selection to the 2015 World Junior Championships in Toronto, Canada. Despite a disappointing seventh-place finish, Rantanen contributed with 4 goals in 5 games to earn a top 3 player on team selection.

During his first North American professional season and while eligible for his final junior tournament, Rantanen was loaned by the Colorado Avalanche to Captain the Finnish junior team as they hosted the 2016 World Junior Championships. While adding a stabilising veteran presence, Rantanen played a supporting role throughout the round-robin stage before stepping up his production in the Semi-final against Sweden and scoring in the Final against Russia to help Finland claim the gold medal and cap his junior career. 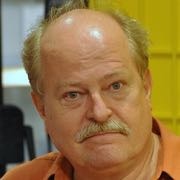