Marshal of Armoured Troops Mikhail Efimovich Katukov (September 17, 1900 - June 8, 1976) (Russian: Михаил Ефимович Катуков) served as a commander of armored troops in the Red Army during and following World War II. He is viewed as one of the most talented Soviet armor commanders.

Katukov entered the Red Army as a private in 1919. He served during the Russian Civil War, and later served as a tank formation commander before the war. In 1935 he graduated from the Stalin Military Academy and in July 1936 he was promoted to captain. In October 1938 came his first major command as acting commanding officer of the 5th light Tank Brigade of the 45th Mechanized Corps. He survived the purges.

Later during Operation Mars in December 1942, Katukov's command managed a deep penetration into the German lines in the Rhzev salient.

In January 1943 he took command of the 1st Guards Tank Army, a post he held for the duration of the war.

In the battle of Kursk, Katukov's command was one of the two armies that were hardest-hit by the initial German advance on the southern shoulder. Through the use of well-defended and sited strong-points, dug in tanks, and judicious use of counterattacks, Katukov managed to extract a high toll from the German attackers breaking through the defensive system.

Following the war he became commander of the mechanized forces of the Group of Soviet Forces in Germany, and later Inspector General of the Army.

In the 1970 film Patton, Katukov is portrayed drinking a toast with General Patton to celebrate their armies' mutual victory over Nazi Germany. 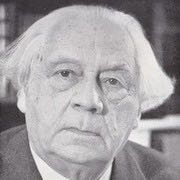