Born in 1942, Ward was educated at Nelson College from 1956 to 1959. He attended Christchurch Teachers College from 1962 to 1963, gaining a Diploma of Teaching, and worked as a primary school teacher in 1964. He then studied at the University of Canterbury from 1965 to 1968 and was awarded a Diploma of Fine Arts majoring in sculpture. He worked as a secondary school teacher between 1969 and 1977.

Ward was an unsuccessful candidate at seven New Zealand general elections before being elected in the 2002 general election at No. 9 on the Green party list, after the counting of special votes. Although he moved up one place on the list for the 2005 election he lost his seat as the Green vote fell. When he was in Parliament, he was the Green Party spokesperson on Arts and Culture, Older Persons, Small Business, Sports, Fitness and Leisure, Tourism and Waste-free. These portfolios were taken over by the remaining six Green MPs after Ward lost his seat.

Ward was next on the Green party list after Nándor Tánczos resigned in 2005. In 2008 Ward initially declined to stand aside so that Russel Norman, the Green co-leader, could take Tánczos's list seat when he resigned from Parliament. Ward changed his mind, because of the advantages in having the party co-leader in Parliament during an election year, and Norman became an MP on 27 June.

In 2005, shortly after that year's general election, Ward won the Montana World of Wearable Art Supreme Award. Ward is the only person who has completed all the first 28 Coast to Coast races. Ward is also an appointed Justice of the Peace. 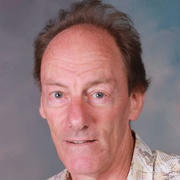