Mike Stott was, in 2006, Professor of Interaction Design at Umeå Institute of Design, Sweden. He is an industrial designer trained at Leeds College of Art and the Royal College of Art in London where he graduated with a Master's degree in 1968.
Strongly influenced by Bruce Archer’s research work at the RCA, he moved to Stockholm in 1970 to carry out research work for the design consultancy Ergonomidesign on human factors in hospital operating rooms. He subsequently became a partner and continued with interface and industrial design work, mostly in the medical and capital goods industries, working for a range of clients including Gambro, Atlas Copco, Solna Printing Machinery and the Swedish Work Environment Fund.
In 1996 he was appointed Professor at the Institute of Design with the task of developing a new Masters programme in Interaction Design. He has also been involved in planning and initiating the research group Interaction Design Lab at the Institute of Design.
His research interests include information graphics and visual representation as well as developing new directions in industrial design education caused by the impact of information technology. He also teaches and lectures at other Scandinavian design schools and is a member of the scientific committee to NITA, the Swedish IT User Centre. 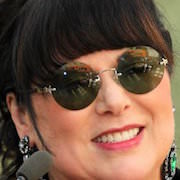