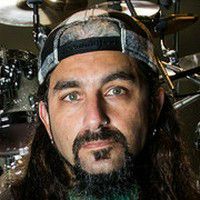 Michael Stephen Portnoy (born April 20, 1967) is an American musician and songwriter who is the current drummer for supergroups Flying Colors, The Winery Dogs, Metal Allegiance and Sons of Apollo. But Portnoy is primarily known as the former drummer, backing vocalist, and a co-founder of the progressive metal band Dream Theater. In September 2010, Portnoy announced his departure from Dream Theater after 25 years, with Mike Mangini taking his place as drummer of the band. Since his departure, Portnoy has formed a variety of new bands and projects, including Adrenaline Mob, Flying Colors, The Winery Dogs, Sons of Apollo, and Metal Allegiance.

Portnoy was born April 20, 1967 and raised on Long Island in Long Beach, New York. His father, Howard Portnoy (1940–2009), worked as a DJ at a local radio station. Mike and his father later moved to Carmel-by-the-Sea, California to work at KRML radio station after watching the 1971 film "Play Misty for Me". His mother died on November 16, 1984, when the private plane she was riding in, with her boyfriend, crashed off the Atlantic City coastline.

Portnoy's father's job helped him gain an appreciation for music at an early age particularly, as Portnoy has pointed out, because he had access to his father's collection of LPs. He developed a preference for bands including Rush, Queen, Led Zeppelin, The Who, Iron Maiden, and The Beatles, among many others. Portnoy claims to be self-taught as a drummer, though he did take music theory classes in high school. During that period he began playing in local bands, two of which (Rising Power and Inner Sanctum) recorded and released independent albums.

He left Inner Sanctum (his last high school band) after being awarded a scholarship to attend the Berklee College of Music in Boston. In university, he met John Petrucci and John Myung. They formed a band, initially taking the name "Majesty" before changing their name to Dream Theater. They left Berklee soon after.

Known for his technical skill as a drummer in Dream Theater, Portnoy has won 30 awards from the Modern Drummer magazine. He co-produced six Dream Theater albums with guitarist John Petrucci, starting from Metropolis Pt. 2: Scenes from a Memory through Black Clouds and Silver Linings and was one of the main songwriters during his tenure. He is the second youngest person (after Neil Peart) to be inducted into the Modern Drummer Hall of Fame, at 37 years of age.

In the spring of 2010, Portnoy filled in for Avenged Sevenfold's former drummer, Jimmy "The Rev" Sullivan, who died during the production of the band's fifth album Nightmare. On May 5, 2010, Portnoy released a statement on his status with Avenged Sevenfold on their official website, concluding his working relationship with the band On September 8, 2010, Mike Portnoy announced he would be leaving Dream Theater. The band hired Mike Mangini to take his place after inviting and holding auditions with seven "world-class" drummers. When Avenged Sevenfold later decided to also sever ties with Portnoy, he announced that he had asked to return to Dream Theater, but was turned down by their lawyer since the band had already brought Mangini on board, and Mangini had left his tenured teaching position at Berklee College of Music to join the band.

Portnoy is known for his many side projects and tribute bands. He is a founding member of Liquid Tension Experiment, an instrumental progressive rock band featuring fellow Dream Theater members John Petrucci and Jordan Rudess along with bassist Tony Levin. He is also a founding member of Transatlantic, a progressive rock "super-group" featuring former Spock's Beard keyboardist/vocalist Neal Morse, Flower Kings guitarist Roine Stolt and Marillion bassist Pete Trewavas. Portnoy has also recorded and/or toured/performed live with Neal Morse, OSI, Hail!, Stone Sour, Fates Warning, Overkill and G3. Over the years, Portnoy has also created tribute bands to The Beatles, Led Zeppelin, Rush, and The Who, which has allowed him to perform the music of his four favorite drummers.

Portnoy played John Myung's bass when Dream Theater performed as the fictitious band Nightmare Cinema. Before live performances of "Trial of Tears", he would sometimes switch instruments with John Petrucci and play a fragment of "Eruption" by Van Halen. In Nightmare Cinema he got the "alternate stage name" Max Del Fuvio.

He was seen playing Pink Floyd's Sheep on a sunburst 4-string Music Man Sterling belonging to Myung on The Making of Systematic Chaos. He plays bass guitar and xylophone during a jam by Liquid Trio Experiment 2. He has also contributed lead and harmony vocals to numerous projects.

Portnoy and his wife Marlene (née Apuzzo) live in Upper Saucon Township in the Lehigh Valley region of Pennsylvania with their children, Melody Ruthandrea and Max John. Marlene used to be a guitarist in the all-female band Meanstreak, and two of the other members, guitarist Rena Sands and bassist Lisa Martens, are married to Dream Theater guitarist John Petrucci and bassist John Myung, respectively.

Max, like his father Mike, is a drummer. His band Next to None opened for Adrenaline Mob in Atlanta on April 6, 2013. As of December 26, 2017 Max currently plays drums in his new band Tallah.

Portnoy is a recovering alcoholic and has openly talked about it. The five-song set Twelve-step Suite deals with his experience of alcoholism. He quit drinking in April 2000 after the final show on Dream Theater's Scenes from a Memory tour. 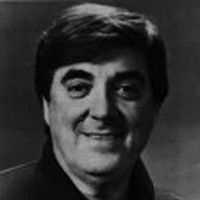 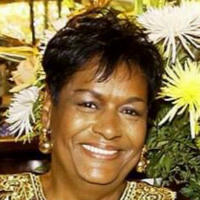