Michael Francis Mayock (born August 14, 1958) is an American football executive and former player who most recently served as the general manager of the Las Vegas Raiders of the National Football League (NFL) from 2019 to 2021. Mayock was a safety with the New York Giants of the NFL, a draft analyst for the NFL Network, and a game analyst for NBC's coverage of Notre Dame football.

Mayock played high school football at The Haverford School in Haverford, Pennsylvania, and college football (and baseball) at Boston College. He was selected as a safety by the Pittsburgh Steelers in the tenth round of the 1981 NFL Draft, as the 265th overall pick. He was waived during first roster cuts on August 18, 1981. After his release, he signed with the CFL's Toronto Argonauts during the 1981 season. He played in just one game before being released. He returned to the NFL with the New York Giants for the 1982 and 1983 football seasons.

In 1982, he played in the first two games of the season before the players' strike caused the cancellation of the next eight games. When the players returned on November 21, Mayock tore his rotator cuff in a game against the Washington Redskins, and was placed on injured reserve on November 24, 1982.

After an 18 year career in commercial real estate, Mayock broke into broadcasting covering college football for Prime Network, NCAA Productions, Prime Sports Radio and the Big East Conference. Later he went to ESPN where he worked as an analyst and sideline reporter for the cable network's coverage of the Canadian Football League and college football from 1993–95. He moved from ESPN to CBS Sports in 1996 as a member of SEC on CBS' broadcast team—during which time he served as both a game analyst (1996, 1997 and 1999) and lead sideline reporter (1998). Mayock also worked as a reporter for CBS's coverage of the NCAA basketball tournament in 1997, 1998 and 1999.

He was the color commentator for the Minnesota Vikings preseason games for several seasons. From 2015 to 2018, Mayock commentated on the Philadelphia Eagles preseason television broadcasts alongside play-by-play announcer Scott Graham and sideline reporter Dave Spadero.

Mayock was an analyst for NFL Network and hosted the show Path To The Draft during the draft season as a draft guru.

In 2010, Mayock replaced Pat Haden as the color commentator for NBC's coverage of Notre Dame football, teaming with play-by-play announcer Tom Hammond. On January 8, 2011, Mayock teamed with Hammond to call NBC's coverage of the Wild Card playoff game between the New Orleans Saints and Seattle Seahawks in what was later referred to as the Beast Quake game. This was his first NFL Playoffs game as a broadcaster.

On January 5, 2012, Mayock commentated the AFC Wild Card game between the Cincinnati Bengals and Houston Texans.

Mayock called Thursday Night Football on the NFL Network with Brad Nessler from 2011 through 2013. In February 2014, the NFL announced that CBS Sports and the NFL Network would share and co-produce the Thursday Night package, using the No. 1 CBS announce team of Jim Nantz and Phil Simms for the entire season, replacing Nessler and Mayock.

Mayock was replaced by Doug Flutie as color commentator of Notre Dame football, beginning with the 2015 season.

On December 31, 2018, Mayock was hired to be the general manager of the Oakland Raiders. One of Mayock's first splashes as general manager was trading for embittered Pittsburgh Steelers wide receiver Antonio Brown. In his first draft with the team, Mayock used the team's three first-round picks on Clelin Ferrell, Josh Jacobs, and Johnathan Abram. Mayock was involved in a heated verbal exchange with Brown during a practice session prior to the start of the 2019 NFL season, in which Brown insulted Mayock as a "cracker". The altercation allegedly stemmed from an Instagram post in which Brown displayed a letter from Mayock that detailed approximately $54,000 in fines for absences during training camp, which led to Brown being released and eventually signing with the New England Patriots. On January 17, 2022, Mayock was fired by the Raiders.

Mike Mayock has two children, Leigh and Mike, the latter who played football at Villanova. He also has two stepchildren, Mackenzie and Jack Miles. Jack currently plays right wing for the Renfrew Wolves Junior A Hockey team of the CCHL. He resides in the San Francisco Area with his wife Amanda and their rescue dog Willow. 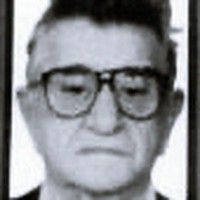