Michael J. "Mike" Hill, A.C.E. (born 1952) is an American film editor. Hill and his editing partner Dan Hanley have had a longstanding, notable collaboration with the director Ron Howard, having edited all of Howard's films since Night Shift (1982). They won an Academy Award for the film Apollo 13 (1995), and the BAFTA Award for the film Rush (2013).

Hill was born and raised in Omaha, Nebraska, and received a criminal justice degree at the University of Nebraska at Omaha in 1972. His first job was as a guard at Chino prison in California. He then entered the film editing profession, and worked on several television programs and on two feature films before starting his association with Hanley and Howard on Night Shift (1982). After many years in California, Hill moved back to Nebraska in the late 1980s. In addition to his continuing work on major studio films with Howard, Hill edits independent films produced in Nebraska such as Full Ride (2001).

In addition to Apollo 13, Hanley and Hill have been nominated for Academy Awards for Howard's A Beautiful Mind (2001), Cinderella Man (2005), and Frost/Nixon (2008). Hanley and Hill's longstanding partnership, which includes 18 films through the 2009 Angels and Demons, may be unique among major film editors. An important aspect of the partnership is that the two editors have developed a sufficiently uniform style that they can simply split up the scenes of each film without specialization.

Hill has been elected as a member of the American Cinema Editors.

Films with other directors 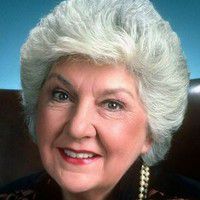