Michael Arthur Haffner (born July 7, 1942) is a former professional American football player who played wide receiver for four seasons for the Denver Broncos (1968–1970) and Cincinnati Bengals (1971). As of 2017's NFL off-season, he still held the Broncos rookie franchise record for yards per reception at 30.5, for a 4 reception, 122 yard performance on 14 Dec 1968 against the Kansas City Chiefs.

After retirement, Haffner was a color commentator for the NFL on NBC.

The contents of this page are sourced from Wikipedia article on 04 Jun 2020. The contents are available under the CC BY-SA 4.0 license.
comments so far.
Comments
From our partners
Sponsored
Reference sources
References
https://www.pro-football-reference.com/players/H/HaffMi00.htm
http://www.denverbroncos.com/resources/custom/PDF/RecordBook/2008/All%20Time%20Roster%20H-J.pdf
https://web.archive.org/web/20090223075106/http://bengals.com/team/Alumni.asp
http://www.bengals.com/team/Alumni.asp
http://www.nfl.com/players/HAF553722
Trending today in 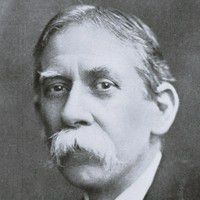