Michael Donald Chapman OAM (born 13 April 1947) is an Australian record producer and songwriter who was a major force in the British pop music industry in the 1970s. He created a string of hit singles for artists including The Sweet, Suzi Quatro, Smokie, Mud and Racey with business partner Nicky Chinn, creating a sound that became identified with the "Chinnichap" brand. He later produced breakthrough albums for Blondie and The Knack. Chapman received a Medal of the Order of Australia (OAM) in the 2014 Australia Day Honours.

Chapman was born in Queensland, Australia, and was educated at the Anglican Church Grammar School. He emigrated to Britain where he became a member of the Downliners Sect and then in 1968 joined the group Tangerine Peel. They released an album in 1969 and had several near-hit singles between 1967 and 1970. In 1970 he met Nicky Chinn while working as a waiter at a London nightclub, Tramp. The pair struck up a song-writing partnership, and began working with producer Mickie Most on his RAK Records label, which quickly became home to a roster of artists including Suzi Quatro, Smokie, and Mud.

From 1970 until 1978 Chapman and Chinn scored a run of hit singles. From 1973 to 1974 alone the pair had 19 hits in the Top 40 of the UK Singles Chart, including five number ones. The pair's dominance of the charts in Britain, Germany, Scandinavia, Australia and New Zealand outlasted the decline of Glam rock, and waned in line with the fading fortunes of Smokie and Suzi Quatro. The success of the Chinnichap production partnership was challenged in the late 1980s by the Stock Aitken Waterman team.

Chapman exerted a tight grip on the output of the bands whose works he produced, determining the content of all albums. Some resented the level of control: The Sweet, whose interests lay in heavy rock, chafed at the teenybopper material Chapman gave them to perform, finally balking at some songs which did not fit in with their new direction and seeking success on their own; Chapman offered "Some Girls" to Blondie; the song was eventually given to Racey instead. Deborah Harry has referred to Chapman as a dictator, and for the photo shoot for one magazine interview he insisted on dressing up as US wartime General George S. Patton, Jr.

Together with Chinn he formed the Dreamland record label in 1979, but it lasted only two years. Chapman has been quoted many times since, that Dreamland Records was his way of giving Chinn a job to prove himself. " I had attempted to end the business relationship since 1975 but had been stalled every time by Chinn's mental health and drinking problems, nervous breakdowns, and endless tantrums. When I moved to Beverly Hills in 1975 to put the Atlantic Ocean between us, he moved soon after and bought a house on the same street. He continued to put his name on every song I wrote, insisting that his name appear first in every case. Dreamland Records was a last gasp effort on my part to give him a real job and finally remove his presence from my hard work and success. As I anticipated, the label failed, he was entirely out of his depth and showing his real colours to everyone who encountered him. I was finally free to pursue my career in peace, without having my skills compromised and my royalties diverted. I sold Chinnchap Publishing in 1982. That was the end of the Chinnichap nightmare for me. I have been happily developing as a writer, publisher, record producer and mentor to many, since that day."

Chinn's involvement in production was always minimal and Chapman continued to produce alone after moving to the U.S. in 1975. He produced Nick Gilder's City Nights album in 1978 (which yielded the "Hot Child in the City" hit) with Peter Coleman, his long-time recording engineer and in May the same year began working with Blondie to record their third album in New York. Chapman was a fan of their music but was dissatisfied with the production of their albums. He bluntly told the band that he would make them a hit record and he was right: Parallel Lines turned the band into an international success and became arguably the pinnacle of his own career.

Employing the same skills he had applied to records by Smokie and Gilder, Chapman produced a more polished guitar and keyboard sound than the band had ever achieved, topped with layered vocals. The focal point of the album and the breakthrough single, was Heart of Glass. The source of its driving disco beat is a matter of contention: Chapman claimed he had created the sound after the band had presented it as a slower, reggae-style song; band members insist it had always been known as their disco song and that they had created the sound by combining the influences of Kraftwerk and Saturday Night Fever.

Chapman relished the praise heaped on his work on Parallel Lines, commenting soon after its release:

Within months of Parallel Lines' release, Chapman was working with another band for which he would achieve a career high-water mark: power pop outfit The Knack. The band's website notes that in November 1978, 13 record companies were engaged in a fierce bidding war for the band's services, with Capitol Records finally signing the band. Producers clamoured to offer their services and even Phil Spector was anxious to participate.

The album and the single "My Sharona" hit No. 1 in the US and sold millions around the world. Its follow-up ...But the Little Girls Understand was less successful. Featuring a producer credit as "Commander Chapman" and liner notes in which Chapman boasted, "This record is very dear to me and my bank manager", it prompted a bitter falling-out between band and producer. Chapman claimed the album cost him his reputation. In the book Off the Record, Chapman said he and the band made the second album under the heady impression that they could do no wrong. He accused singer and guitarist Doug Fieger of being deluded with notions he was Jim Morrison or Buddy Holly ... "there was nothing he could do that wouldn't work". Fieger, in a 1994 interview, responded: "Mike Chapman is one of the bigger assholes that you'll ever meet on the planet. Unfortunately, Mike Chapman was not in any psychological or physical shape to produce that second album when we really needed a producer."

Chapman produced three more Blondie albums – Eat to the Beat, Autoamerican and The Hunter — and most of Def, Dumb and Blonde, a Deborah Harry solo album. In an article in Creem magazine Chris Stein marveled at Chapman's attention to detail, noting that the percussion for "The Tide Is High" also included "eight tracks of drum sticks tapping on a piano bench." He said:

Chapman hunches over the console into the wee hours. People are pressed flat against the back wall by his playback volume. Gallons of Jose Cuervo Gold are consumed... Finally, the basic tracks wind down, and we move a block down the Strip to Studio B. The move marks the Home Stretch; the vocals, overdubs and finally the orchestral horns and what have you. Here is Mike Chapman's little Magic Room. The control room is filled with a gigantic blue console that's hooked up to computers, satellites and atomic submarines off the coast of Maine. Here the songs get the 'chrome' put on.

Chinn and Chapman delivered their songs rapidly, often conceiving and completing them overnight. They claimed they created their songs by first thinking of a title, around which they then wrote the lyrics.

In a 2002 interview with The Guardian, Chapman reflected that writing hit songs was an art to which many aspired but few achieved: "It's always a gamble. We'd written something like eight top 10 hits for Sweet when we heard that they'd entered the studio to record their own songs. After that, it was over for them. The bottom line is this – writing songs might be easy to do, but it's incredibly hard to do well."

Chapman remained in demand through the 1980s and 1990s as a songwriter and producer. His compositions have included Tina Turner's "The Best" (originally recorded by Bonnie Tyler), "Better Be Good to Me" and "In Your Wildest Dreams" and Pat Benatar's "Love Is a Battlefield" (all co-written with Holly Knight) and Scandal's "Hands Tied" which was No. 41 in the US, while he has produced albums for Altered Images, Australian Crawl, Agnetha Fältskog, Scandal, Divinyls, Rod Stewart, Lita Ford, Pat Benatar, Baby Animals, Tami Show, Material Issue and Bow Wow Wow.

In 1998, Chapman co-wrote two songs for Ace of Base, "Always Have, Always Will" and "Whenever You're Near Me".

Between 1999 and 2001, Chapman wrote and produced Babyphetamine, an album by the teenager Erin Evermore for the Tigerstar label, owned by the former Chrysalis Records head, Terry Ellis.

In 2007, Chapman began working with the Los Angeles rock band, The Automatic Music Explosion. The band's lead singer, Matt Starr, flew to Chapman's East Coast home in an attempt to meet the producer. The bold move worked, with Chapman flying to Los Angeles a month later to see the band perform live and ultimately agreeing to produce their first album.

In January 2008, Chapman produced the single "Spin It" with The Neighborhood Bullys. In May 2008, Chapman began mixing songs from Your Doll, for Lisa Douglass. In September 2008, Chapman met Haim, and started producing an album with the band, which is still under construction. In November 2008, Chapman also started writing with, and producing a solo album for Sarah Jeanette, singer with The Mulhollands. In November 2009, Chapman recorded the debut album for UK band, The Arcadian Kicks, but its release is still pending. Between 2010 and 2012, Chapman worked in London with Twigs (FKA Twigs), David Jordan, and Nell Ryder. He is also writing with and producing tracks with the Australian singer/songwriter, Holiday Sidewinder. In 2016 Chapman's, Mike Chapman Publishing inked a deal with Jeremy Lascelles' newly launched Blue Raincoat Songs. Mike Chapman Publishing signed songwriters include writer/producer Simon Pilton, and songwriter/ singer/artist, Abisha. He is also currently writing with and co-producing Abisha. Chapman now also has a radio show on Boogaloo Radio London with Maddy Paterson, The Mike and Maddy Show. A podcast of the show is being prepared.

Songs produced, or written and produced, by Chapman/Chinn or Chapman as sole producer which appeared on the UK Singles Chart:

Smokie: "Something's Been Making Me Blue", "I'll Meet You at Midnight", "Living Next Door to Alice"

Suzi Quatro: "Tear Me Apart"
Smokie: "Lay Back In The Arms Of Someone", "It's Your Life"

Suzi Quatro: "The Race is On", "If You Can’t Give Me Love", "Stumblin' In" (with Chris Norman)
Blondie: "Picture This", "Hanging on the Telephone"
Exile: "Kiss You All Over"
Racey: "Lay Your Love on Me"
Smokie: "For a Few Dollars More", "Oh Carol"

Tina Turner: "Better Be Good to Me" (co-written with Holly Knight)

Tina Turner: "The Best" (co-written with Holly Knight), also reissued in 1993 as B-side to "I Don't Wanna Fight No More" 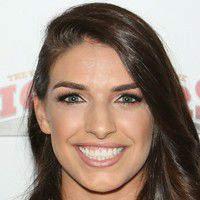