He was born in Tbilisi, Georgian SSR to Armenian parents, but lived and worked in Russia. His father, Levon Tariverdiev was from Baku but a native of Nagorno-Karabakh. His mother, Satenik, was Georgian Armenian. He studied at the Komitas State Conservatory of Yerevan for two years and then graduated from the Moscow Gnessin Institute in the class of Aram Khachaturian in 1957.

Tariverdiev is an author of over 100 romances and 4 operas, including the comic opera Graf Cagliostro and monoopera "The Waiting". But he is best known for his music in many popular Soviet movies (more than 130 films, included "Seventeen Moments of Spring" and "The Irony of Fate"—see List of film music by Mikael Tariverdiev).

Mikael Tariverdiev was a recipient of many awards, including the USSR State Prize (1977) and the Prize of the American Music Academy (1975). He was awarded a title People's Artist of Russia in 1986. He won three Nika Awards for Best Composer in the 1990s.

The Best Music prize at the largest Russian National Film Festival Kinotaur is named after Tariverdiev. After the Tariverdiev's death a group of admirers of his music organized the Mikael Tariverdiev Charity Fund and Tariverdiev International Organ Competition.

In November 2015, the London publishing company Antique Beat and UK label Earth Recordings released 'Film Music' a three album set of music by Tariverdiev - the first major release of his work in the West. The release was curated by Vera Tariverdieva, the composer's widow, and Stephen Coates of the UK band The Real Tuesday Weld and came about after Coates heard the composer's music in Moscow in 2011.

The following works of Tariverdiev have been recorded:

The works for organ

Shall I stare at the train?

The works for musical theatre 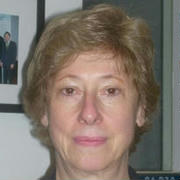 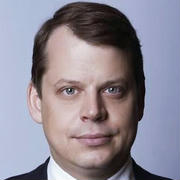