Mihail Aleksandrov (Bulgarian: Михаил Александров; born 11 June 1989 in Sofia) is a Bulgarian footballer who currently plays for Ekstraklasa side Legia Warsaw and the Bulgarian national team as a midfielder. He primarily plays as a right winger or a right-sided midfielder.

Aleksandrov began his career at CSKA Sofia. He made his debut for the first team in a 2–1 home win over Belasitsa Petrich on 26 November 2006 at the age of 17.

In August 2007, Aleksandrov was signed by Borussia Dortmund on a three-year contract. After joining Borussia, he played exclusively for the club's reserve team. He made his debut on 7 November 2008 in a 3–1 home victory over Köln II. On 20 March 2010, in a 2–0 away win over Wuppertaler SV Borussia Aleksandrov assisted Marcel Großkreutz for the second goal. He spent most of his time with Borussia II on the bench, making only five appearances.

After his contract expired in late July 2010, Aleksandrov agreed to join Akademik Sofia. He made his debut for Akademik in their match against Sliven 2000 on 21 August, coming on as a second-half substitute for Asparuh Vasilev. He made his first start a week later against Litex Lovech.

Aleksandrov playing for Ludogorets in 2011

On 22 December 2010, Aleksandrov joined Ludogorets Razgrad. On 19 March 2011, he scored a goal in his competitive debut for Ludogorets against Dobrudzha Dobrich.

Aleksandrov began the following 2011–12 season in fine form for Ludogorets. On 20 August he assisted Marcelinho for Ludogorets's third goal in a 4–0 home win over Vidima-Rakovski. Aleksandrov scored his first league goal of the season by netting Ludogorets's third goal in a 6–0 victory over Slavia Sofia on 11 September. On 18 September he scored his second goal of the season, netting the solitary strike in a 1–0 away victory over Cherno More. On 13 October, Aleksandrov signed a new two-year contract with Ludogorets.

On 31 July 2013, Aleksandrov netted the winning goal for Ludogorets in the 2–1 victory over FK Partizan in the first leg of a UEFA Champions League match.

In 2015–16 season Aleksandrov was dropped to the bench, making only four league appearances as a substitute during the first half of the campaign. He scored four goals in six matches for the club's reserve team in the B Group. He scored 4 goals in 6 matches for the team, playing only 3 for the first team.

On 29 February 2016, Aleksandrov signed a one-and-a-half-year contract with Ekstraklasa club Legia Warsaw. He made his debut for the team on the 5th of March 2016 in a match against Górnik Zabrze won by Legia. 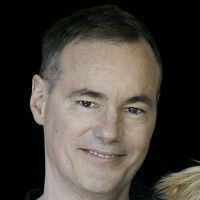