Miguel Pou Becerra (24 August 1880 – 6 May 1968) was a Puerto Rican oil canvas painter, draftsman, and art professor. Together with José Campeche and Francisco Oller, he has been called "one of Puerto Rico's greatest masters." He was an exponent of the impressionist movement. During his life he exhibited in 64 shows, of which 17 were solo, and won five gold medals.

After receiving a Bachelor of Arts from the Provincial Institute of Ponce in 1898, he worked as a teacher with the Department of Education. He became a public school teacher at age 20, and assistant superintendent in the Ponce School District in 1900.

In 1906, he completed the methodology course in teaching drawing at the Hyannis Normal School (now the Hyannis State Teachers College) in Massachusetts, United States. In 1909, he became director of the Dr. Rafael Pujals School in Ponce. He also married in 1909, to Ana Valldejuly. Ana Valldejuly was an educator. They had one son, Jaime, who became a physician.

In 1910 he established the Miguel Pou Academy in Ponce, an art school that stimulated numerous youngsters to develop an interest in art. He directed his school for the next forty years, until 1950. He was very much admired for his artistic works in Puerto Rico. In 1919, he briefly interrupted his presence at the art school to further his studies. In that year he studied in the United States at the Art Students League in New York City and in 1935 at the Philadelphia Academy of Fine Arts. Miguel Pou studied painting and drawing intensively and also taught art.

Miguel Pou's was generally impressionistic in his style. He painted Puerto Rican landscapes and jibaro-type paintings. Pou did not have a political statement to make. He wanted to capture the ideal of what a jibaro or jibara was. He painted the beauty that the people and the land had from both the physical and spiritual perspectives while synergistically merging the two. "His work is considered impressionistic because of his use of a palette of colors and of light, although he presented reality as he saw it, without softening or exaggerating it. Nevertheless, he is a painter of the realist school because of his effort to depict Puerto Rican reality."

He liked to portray what the artist called "regional types". In terms of subject matter, he aimed to reflect the soul of the Puerto Rican people and a way of life he feared was being blown by the winds of modernity. His best work was local, embracing the land, its people, and their customs. Like Campeche and Oller before him, Pou helped to define the national character of Puerto Rico during his lifetime, and he added to Puerto Rico's artistic tradition in equally important ways.

According to the Worcester Art Museum, "Miguel Pou... shows thorough command of the concerns of the Ashcan school, and applied it to the depiction of local types." The importance he places on light and color in his paintings reflects the influence of impressionism. He was inspired by the rural and urban landscapes, popular characters, and the human figure.

Pou's works have been exhibited in many Puerto Rican towns, North America, Madrid and Barcelona, and Paris.

Outstanding paintings by Pou are:

Pou's work has been recognized in Puerto Rico, the United States, and Paris.

Among the prizes he was awarded were two gold medals in the Ponce Progressive League competition for his works Los Coches de Ponce and Retrato a Pluma del tío Ramón (1914), a medal and certificate of honor from the Puerto Rican Athenaeum for his work El tío Ramón (1924) and a gold medal for his contributions to the culture of Puerto Rico from the Institute of Puerto Rican Culture (1960).

Today, some of his works can be seen at the Museo de Arte de Ponce, Museum of Contemporary Art in San Juan, at the Museum of History, Anthropology and Art at the University of Puerto Rico's Río Piedras campus and at the Puerto Rico Museum of Art.

In 1966, Pou was the first director of the Escuela de Artes Plásticas de Puerto Rico (School of Visual Arts of Puerto Rico), an institution of higher learning in the visual arts in San Juan. Miguel Pou Becerra died in San Juan, Puerto Rico, on 6 May 1968.

In Ponce there is a major thoroughfare named after Miguel Pou. The boulevard is the most popular entrance to the Ponce historic district, and leads from the intersection of PR-1 and PR-2 into the center of the city.

He is also honored at Ponce's Park of the Illustrious Ponce Citizens.

The contents of this page are sourced from Wikipedia article on 29 Oct 2021. The contents are available under the CC BY-SA 4.0 license.
View Miguel Pou 's image gallery
Image Gallery 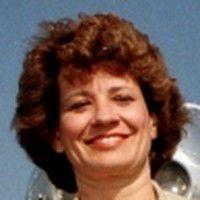 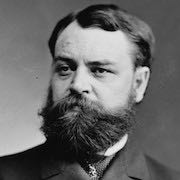