Miguel Angel Barnet Lanza (born January 28, 1940) is a Cuban writer, novelist and ethnographer. He studied sociology at the University of Havana, under Fernando Ortiz, the pioneer of Cuban anthropology, whose studies of Afro-Cuban cultures influenced many of the themes, both literary and scholarly, of Barnet.

Miguel Barnet was born on January 28, 1940 in Havana, Cuba. Though he underwent his early education in the U.S., Barnet maintained a high degree of interest and awareness of Cuban culture. In fact, in his early years he was a regular contributor of poetry and other writings to such Cuban publications as Lunes de Revolución and Hoy. This literary background can be seen as a precursor to the imaginative element Barnet introduced to anthropological writing.

In college, Barnet went to study anthropology and sociology at the University of Havana. Here, against the backdrop of the Cuban Revolution, he developed a strong relationship with Cuban anthropologist Fernando Ortíz, who would introduce Barnet to an ethnographic model centered on indigenous religion, language and the oral tradition. In rural areas of the island, religious practices of African and Taino influence such as santería persevered within the Catholic framework. Ortiz’s view of ethnographic research focusing primarily on indigenous culture mirrored the Cuban political ideology of the time in its rejection of European modes of learning, and emphasis on the socially and economically marginalized class.

He is on a UNESCO committee.

In 1963, Barnet was intrigued by two newspaper articles reporting on Cuban citizens who had lived for more than a century. One article described an ex-slave and santera. The other pertained to Esteban Montejo, a 103-year-old Cuban man of African descent who had lived as a slave in captivity, a fugitive slave in the Las Villas wilderness (el monte), and a soldier in the Cuban War for Independence. A series of interviews with Montejo at the Veteran’s Home followed, during which Barnet’s anthropological methods of inquiry and analysis were of utmost importance. For example, his use of an electronic voice recorder allowed him to more accurately portray the nuances and tones of Montejo’s language as he recorded it in writing. In 1966, Montejo’s story was published in Biografía de un cimarrón.

As either anthropological study or literature, the testimonial narrative tradition established by Barnet’s Biografía de un cimarrón draws its authority from the perceived authenticity of the eyewitness account. Indeed, the protagonist of Barnet’s work, Esteban Montejo, comes to represent not only the collective psychology of Cuba’s former slave class, but also the collective historical conscious of the entire Cuban population. Such authenticity becomes complicated, however, when the bias and motive of the translator—in this case Barnet—is taken into consideration. A staunch supporter of the Revolution, Barnet’s work clearly has political prerogatives in its focus on and recognition of the former slave class.

In the prologue to the work, Barnet explains that "nuestro trabajo no es histórico. La historia aparece porque es la vida de un hombre que pasa por ella" (our work here is not history. History appears in it because it is the life of a man who passes through history), and “sabemos que poner a hablar a un informante es, en cierta medida, hacer literatura. Pero no intentamos creer un documento literario” (we know that referring to testimonial is, to a certain degree, creating literature. But our intentions are not to create a literary account). In reality, Barnet’s work is a synthesis of history and literature, producing a unique and perhaps more precise representation of Cuban history and culture.

In 1994, Barnet was awarded Cuba's Premio Nacional de Literatura (National Prize for Literature), the most important award of its type in Cuba. In 2006, he received the Premio Internacional de Cuento Juan Rulfo (Juan Rulfo International Short Story Prize) for his short story "Fátima o el Parque de la Fraternidad." In 2012, World Literature Today published the English translation, titled "Fátima, Queen of the Night," and subsequently nominated it for the Pushcart Prize. He received the National Order of the Legion of Honour of France. 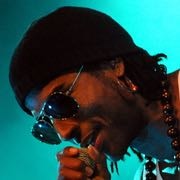 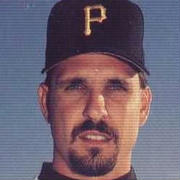