Michael Norman Finn (3 June 1947 – 11 January 2003) was the percussionist and sideman to Marc Bolan in his band Tyrannosaurus Rex (on one album, A Beard of Stars), and later, the 1970s glam rock group, T.Rex. Often confused with other musicians by the same name, Michael Norman Finn (apart from T. Rex) only toured as a sideman in the 1960s with Hapshash and the Coloured Coat. After Bolan and T.Rex's demise, he worked as a session musician for The Blow Monkeys and The Soup Dragons.

Finn was born in Thornton Heath, Surrey, England. After he joined Tyrannosaurus Rex in late 1969, it was rumoured that Bolan had hired Finn for his good looks, and because he admired his motorcycle, rather than for his musical ability. Finn was unable to recreate the complex rhythmical patterns of his predecessor, Steve Peregrin Took, and was effectively hired as much for a visual foil for Bolan as for his drumming. The BBC news commented on this, saying "Marc Bolan was supposed to have said of Finn: 'He can't sing... but he looks superb.'"

Mickey Finn stated, on a radio show in Denmark on which he and Marc Bolan were appearing as guest DJs, that his big influence in percussion was the prolific Master Henry Gibson from Curtis Mayfield's band. In 1969-1971, Finn's contribution to Bolan's music, as bongocero, backing vocalist and occasional bass guitarist, was essential, because T. Rex started off as Tyrannosaurus Rex, a duo and Marc needed a replacement for Steve Peregrin Took. Something of a character both on and off stage, Finn was often to be seen wearing a hat (including a green bowler), a trademark that was adopted by a significant proportion of T. Rex fans.

During the late 1980s and early 1990s, Finn made a handful of guest appearances with the West London rock band, Checkpoint Charlie, fronted by Mick Lexington.

In 1991 he joined Croydon R'n'B band WD40, which had a fluid line-up based around his very old friend drummer Stewart Childs (the Interns) harp & vocalist Colin Goody and vocalist and guitarist Pete Robins. The band then added guitarists, percussion etc. as required but unfortunately Mickey was forced to retire after about 12 months due to failing health. A couple of live tracks survive from this line up. Mickey also was invited to play at the Marc Bolan 50th Anniversary gig organized by Mick Gray (ex T.Rex tour manager and roadie) to celebrate what would have been Marc's 50th Birthday at the Cambridge Corn Exchange on 30 September 1997 where Gray was manager.

T. Rex is announced as one of the 2020 inductees into the Rock and Roll Hall of Fame, with the official ceremony scheduled for May 2, 2020.

Finn apparently died from alcohol-related liver problems, in Croydon, Surrey, on 11 January 2003, aged 55. His manager, Barry Newby commented that it was likely that Finn's illness and death were due to liver and kidney problems but it was not confirmed at the time of the interview. 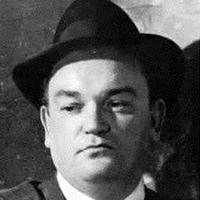