Mick Schumacher ([ˈmɪk ˈʃuːmaxɐ]; born 22 March 1999) is a German racing driver, currently competing in the FIA Formula 2 Championship with Prema Theodore Racing and being affiliated to the Ferrari Driver Academy. He began his career in karting in 2008, progressing to the German ADAC Formula 4 by 2015. After winning the 2018 FIA F3 European Championship, Mick progressed to Formula 2 in 2019, where he won the sprint race at the Hungaroring. He is the son of seven-time Formula One World Champion Michael Schumacher and nephew of Ralf Schumacher.

Schumacher started his motorsport career in 2008. To avoid attention because of his famous father, he started his career under the pseudonym 'Mick Betsch', using his mother’s maiden name.

In 2011 and 2012, Schumacher drove in the KF3 class of the ADAC Kart Masters, ending in 9th and 7th respectively. In the Euro Wintercup of the KF3 class he was 3rd in 2011 and 2012 and in 2012 was 3rd in the KF3 Rating DMV Kart Championship. In 2013 he finished 3rd in the German Junior Kart Championship, and the CIK-FIA Super Cup KF juniors. In 2014, Schumacher used the name 'Mick Junior', and started in International and National Junior Championships, ending the season 2nd in the German Junior Kart Championship as well as in the European and World Championships. Although he did not race in karting under his real surname, his successes in karting were picked up by the international press.

At the end of 2014 he completed test drives for Jenzer Motorsport in a Formula 4 racing car. In 2015, Schumacher started racing in formula classes for the first time, racing for Van Amersfoort Racing in the ADAC Formula 4, using the Schumacher name. In 2016, Schumacher remained in ADAC Formula 4 but switched to Prema Powerteam, a team known for its close links to the Ferrari Driver Academy. He also entered the Italian F4 Championship and finished runner-up in both championships to Joey Mawson and Marcos Siebert respectively.

In November 2016, Schumacher made his first appearance in Formula 3 machinery by taking part in the MRF Challenge, a championship based in India. He competed in the upper Formula 2000 class and finished the series in 3rd place, collecting four wins, nine podiums and two pole positions. Schumacher finished behind Harrison Newey and Joey Mawson, but ahead of his future Formula 3 and Formula 2 competitors Jüri Vips and Felipe Drugovich.

In April 2017, Schumacher made his debut in the FIA Formula 3 European Championship with Prema Powerteam. He finished the season in 12th place, his best finish being a 3rd place at Monza. Schumacher was the lowest finisher of the four Prema drivers, however he was the third-best-placed rookie in the championship.

Schumacher continued driving for Prema in the 2018 championship. He suffered a slow start to the season, eventually taking his first win at the fifteenth race of the year at Spa-Francorchamps, almost halfway through the season. Prior to this race, he sat in 10th place in the championship, 67 points behind championship leader Dan Ticktum. However, Schumacher dominated the latter half of the season, taking seven more wins, including five consecutively. He ended the season as champion, 57 points clear of 2nd-placed Ticktum, taking eight wins, fourteen total podium finishes, seven pole positions and four fastest laps.

Schumacher moved up to the FIA Formula 2 Championship in 2019 with Prema Racing, alongside Sean Gelael. At the first round of the season in Bahrain, Schumacher started 10th and finished 8th after passing Nobuharu Matsushita on the final lap, giving him reverse-grid pole position for the sprint race, in which he finished 6th. Schumacher started from 7th in the feature race at Baku but was forced into retirement after a spin. He recovered from 19th to finish 5th in the sprint race. He failed to score points at Barcelona, suffering a collision in the first race and a time penalty for an illegal overtake on Jack Aitken in the second. At Monaco, Schumacher collided with multiple cars in the feature race, bringing out the red flag. He would fail to score points in either race. A double retirement came at the Circuit Paul Ricard, after he was involved in a collision with teammate Gelael in the first race and suffered a puncture in the second.

Schumacher stalled on the grid at the Red Bull Ring and finished in 18th place, before a charge through the field in the sprint race saw him finish 4th. Another sprint race points-finish came at Silverstone with 6th place. He finished 8th at the feature race in Hungary, taking reverse-grid pole for the sprint race and holding the position to take his first win in Formula 2. Schumacher qualified 6th at Spa-Francorchamps, but both races were cancelled due to an accident that caused the death of Anthoine Hubert. At Monza, he retired from the feature race from a power issue but recovered to finish 6th in the sprint race, also achieving the fastest lap. He retired from both races in Russia, after an engine issue in the first and a collision with Giuliano Alesi in the second. Schumacher finished the season with 9th and 11th place finishes in Abu Dhabi. He ended the season in 12th place in the championship with 53 points, considerably ahead of teammate Gelael, and took one win and one fastest lap.

Schumacher was announced as a driver for the Ferrari Driver Academy on 19 January 2019. Schumacher followed in his father's footsteps and cited Ferrari's big part of his heart and the special ties with the team within his family from childhood as a significant part of joining the team's academy. On 2 April 2019, Mick Schumacher made his debut behind the wheel of a modern Formula One car, piloting Scuderia Ferrari's SF90 during the first day of in-season testing at Bahrain International Circuit as the only debutant in the field. During the morning session of testing, Schumacher recorded a personal best time of 1:32.552 from 30 laps, placing him sixth fastest amongst other drivers after rain stopped the session twice. Throughout the remainder of the day, Schumacher put in another 26 laps to set a final time of 1:29.976 on the softest available tyre compound, of which remained to be the fastest time until Red Bull Racing's Max Verstappen set a lap of 1:29.379 five minutes later. After Tuesday's test session, Schumacher said that he felt at home with Scuderia Ferrari and relished his first drive.

“I really enjoyed today," he said. "It felt like home in the garage from the very first moment with a lot of people that have known me since I was very young. The SF90 is incredible because of the power it has but it is also smooth to drive and that's why I enjoyed myself so much." Schumacher added he was impressed by the braking power of a modern F1 car. "It seemed to me you could brake later and later and the car would have made the turn anyway. I would like to say thank you Ferrari for this incredible opportunity." Schumacher was to continue in-season testing for Alfa Romeo Racing the following day.

Half points awarded as less than 75% of race distance was completed.

Schumacher is the son of record-breaking seven-time Formula One world champion Michael Schumacher and the Western riding European champion Corinna Schumacher. His uncle Ralf Schumacher is a retired racing driver. Schumacher was born and grew up in Switzerland, living in Vufflens-le-Château until 2008, and then in Gland.

Schumacher is the stepnephew of Sebastian Stahl, and grandson of Elizabeth and Rolf Schumacher.

Schumacher was skiing with his father when Michael suffered life-threatening brain injuries on 29 December 2013. In March 2017, Mick first talked publicly about his father, describing him as "my idol" and "my role model".

Before the start of the 2017 Belgian Grand Prix, he drove his father's championship-winning Benetton B194. 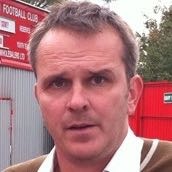