Michael Fowler (born 1956) is an award-winning British mountaineer and author.

He was voted the "Mountaineers' Mountaineer" in a poll in The Observer, and with Paul Ramsden, won the 2002 Piolet d'Or and Golden Piton awards for their ascent of 6,250-metre (20,510 ft) Mount Siguniang in the Qionglai Mountains in the Sichuan Province of China. In 2012, he was awarded the King Albert award for his "outstanding contribution to mountaineering", and in 2013, he and Paul Ramsden became the first pair to win a Piolet d'Or award twice after their ascent of the 6,142-metre (20,151 ft) Prow of Shiva in the Indian Himalayas. Paul Ramsden and Mick Fowler received the Piolet d’Or for a third time in 2016 for their ascent of Gave Ding, 6,571-meter (Nepal).

He was introduced to rock climbing and mountaineering as a teenager by his widowed father George, who took him to the Alps in 1969 at the age of 13. In the 1980s, he was regarded as the driving force behind a group of London climbers who would regularly drive to the north of Scotland, a round trip of 1,300 miles, for winter weekends. His record was 11 consecutive weekends.

He was one of the first people to rock climb at the E6 grade of difficulty (Linden Route, Eliminates Wall, Curbar Edge; 1976) and winter climb at grade VI (Central Icefall Direct, Craig y Rhaeadr, Llanberis Pass; 1979). He is widely acknowledged as a pioneer of adventurous rock climbs on sea cliffs and sea stacks, and for the use of ice-climbing techniques on the soft chalk cliffs of England's southeast coast.

Fowler served as president of the Alpine Club from 2011 to 2013 after winning the first contested election in the organisation's 150-year history.

Since 1977, he has worked full-time for HM Revenue and Customs, where he holds the position of Assistant Director, Shares and Assets Valuation. Since 2008, he has also worked with the outdoor company Berghaus.

He currently lives in Derbyshire with his wife Nicola and their two children, Tessa and Alec.

The contents of this page are sourced from Wikipedia article on 04 Jun 2020. The contents are available under the CC BY-SA 4.0 license.
View Mick Fowler 's image gallery
Image Gallery 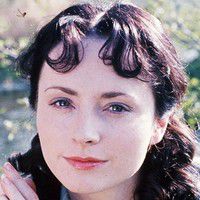 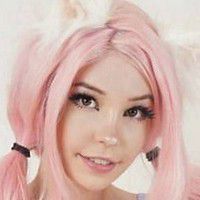