Michele Bravi (born 19 December 1994) is an Italian pop singer, songwriter and actor . He rose to fame after winning the seventh season of the Italian X Factor. His coronation song, "La vita e la felicità", was penned by Tiziano Ferro and reached the top spot of the Italian Singles Chart. Bravi's debut album, A passi piccoli, was released in June 2014.

In 2015, after parting ways with Sony Music, he released the EP I Hate Music, which entered the Italian Albums chart at number 3. In 2017, Bravi debuted at the Sanremo Music Festival, competing in the "Big Artists" section with the song "Il diario degli errori", anticipation of his number one album Anime di carta. In 2018 he featured with Italian singer Elodie in the top ten hit Nero Bali and in 2019 he acted on Italian TV series La compagnia del Cigno.

Since his career debut Bravi has sold over 250.000 copies in Italy reaching the Top ten Charts six times, including two number one. He received two MTV Italian Music Awards, collaborated with numerous Italian artists, including Giorgia and Tiziano Ferro, and the British singer James Blunt.

Michele Bravi was born on 19 December 1994 in Città di Castello, a city in the province of Perugia, in Central Italy, to Giovanna Machi and Stefano Bravi. He has a sister, Marta, who is three years older than him. He started singing as a child, when he joined the city choir, but he later decided to quit. During his studies at the liceo classico, Bravi's interest in music persisted, even if it was just a hobby. He later started to take music lessons, and he learnt to play piano.

In 2013, Bravi auditioned for the seventh edition of the Italian talent show X Factor, performing Cat Steven's "Father and Son". After being chosen by Morgan as a contestant for his category, "Boys Under 25", Bravi reached the final of the competition and, on 12 December 2013, won the competition, beating runner-up band Ape Escape. During the competition, Bravi performed the song "La vita e la felicità", co-written by Tiziano Ferro, which was later released as his debut single. During its second week, the single reached the top spot of the Italian Singles Chart. The song was also included in the extended play with the same title, released by Sony Music on 13 December 2013.

Having left Sony for Universal Music, Bravi in 2015 started a YouTube channel to attain a closer contact with his fans. During the year he started recording new songs and in October his EP I Hate Music was published. It was preceded by the single "The Days". All songs were co-written by Bravi and the lyrics are in English. The EP contains the Troye Sivan cover "The Fault in Our Stars", as well. In early 2016, the singer started his first concert tour.

From October 2017 to May 2017 he was casted with Annalisa and Giovanni Caccamo as tutors of seventeen season of Amici di Maria De Filippi. In 2018 the singer collaborated with Elodie and rapper Gué Pequeno on the Top ten hit "Nero Bali", which sold over 100,000 copies. In January 2019 he starred on Italian TV series "La compagnia del Cigno". On February 18, 2020 he announced the future release of La geografia del buio del buio, the singer's third studio album and in May 2020 he was casted for the spin-off Amici Speciali with his lead single "La vita breve dei coriandoli".

In January 2017, interviewed by Vanity Fair, Bravi revealed he had a relationship with a man. The couple dated for two years before splitting. Bravi refused to label his sexuality in any way: "I don't need to come out, because there's no teen that would be surprised knowing I fell in love with a boy, and I think nobody of my same age would retreat feeling emotions for someone of the same sex". He also stated: "I met someone who gave me emotions, it's irrelevant he was a man. In the future, the same thing could happen with a girl".

In November 2018, Bravi was involved in a fatal car accident that left a 58-year-old motorcyclist dead. 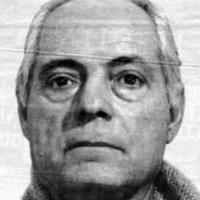