Michel Sima, a pseudonym for Michał Smajewski, born on 20 May 1912 in Slonim (Poland, now Belarus) was a Polish sculptor, photographer and ceramicist best known for his photographic portraits of Picasso and of almost all the artists of the School of Paris.

From his earliest years, he wanted to become a sculptor. Born in a liberal middle class Jewish family, he arrived in Paris in 1929, 17 years old, and was admitted into the "Acadèmie de la Grande Chaumière".

In 1933 he joins the group of the painter Francis Gruber. He works in the Brâncuși's and Ossip Zadkine's studios, among others, and earns a living taking photos of current events for various newspapers.

He socialized in Gertrude and Leo Stein's circle and makes friends with famous people such as Jean Cocteau, Francis Picabia, Paul Éluard, Robert Desnos, Max Ernst, Pierre Tal-Coat and Youki Foujita. In 1936 he met Picasso. He took part in many group exhibitions in Paris and on the Riviera.

During World War II he sought refuge in the "Zone libre" but in 1942 was arrested in Golfe Juan as a Jewish foreigner and sent to Auschwitz then to Blechhammer (Judenlager), while an exhibition of his work together with Picabia's in Cannes enjoyed a great success.

Seriously ill, he returned to France in 1945, and spent months recovering in Grasse at his friend Dor de la Souchère's in Cannes.

In 1946 in Golfe Juan, he met Picasso again, and obtained for him a large studio in the Grimaldi museum in Antibes, given by Dor de la Souchère. In this studio Picasso creates "La Joie de Vivre" and "Le Triptyque".

Following Picasso's advice, Sima turns to photography. He's too weak to work as a full-time sculptor, but he continued creating small pieces and engravings, and working in ceramic.

He gave his personal opinions to Picasso about his works and provided him with documents. It resulted to the book : "Picasso à Antibes" published in 1948.

Michel Sima then specialized in portraits. He creates a very personal style, expressing his deep-rooted fondness for his model. And in the following years, he'll realizes photos of nearly all the artists, members of the School of Paris.

His first book was published in 1959 by editor Fernand Nathan: 21 Visages d'artistes (21 Faces of Artists). Seeing the poor quality of the copies, Sima's disappointment was so great that he decides to stop publishing photos.

In 1967, his old friend, the painter René Besset invited him to the Ardèche. Sima decided to move there with his family, although he kept his studio at "La Ruche" in Paris. From this tim e to his death in 1987, he kept testing new materials and searching for new forms in his sculptures. 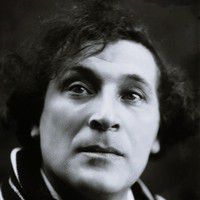