Michel Gustave Édouard Mayor ([miʃɛl majɔʁ]; born 12 January 1942) is a Swiss astrophysicist and professor emeritus at the University of Geneva's Department of Astronomy. He formally retired in 2007, but remains active as a researcher at the Observatory of Geneva. He is co-laureate of the 2019 Nobel Prize in Physics along with Jim Peebles and Didier Queloz, the 2010 Viktor Ambartsumian International Prize, and the winner of the 2015 Kyoto Prize.

Together with Didier Queloz in 1995, he discovered 51 Pegasi b, the first extrasolar planet orbiting a sun-like star, 51 Pegasi. For this achievement, they were awarded the 2019 Nobel Prize in Physics "for the discovery of an exoplanet orbiting a solar-type star". Related to the discovery, Mayor noted that humans will never migrate to such exoplanets since they are "much, much too far away ... [and would take] hundreds of millions of days using the means we have available today". However, due to discoveries by Mayor, searching for extraterrestrial communications from exoplanets may now be a more practical consideration than thought earlier.

This research led to various fields of interest, including the study of statistical characteristics of solar-type binary stars. With fellow researcher Antoine Duquennoy, they examined the radial velocities of several systems believed to be binary stars in 1991. Their results found that a subset of these may in fact be single star systems with substellar secondary objects. Desiring more accurate radial velocity measurements, Mayor, along with Baranne at Marseille, and with graduate student Didier Queloz, developed ELODIE, a new spectrograph based on the work of CORAVEL, which was estimated to have an accuracy of 15 m/s for bright stars, improving upon the 1 km/s from CORAVEL. ELODIE was developed with the specific intent to determine if the substellar secondary objects were brown dwarf stars or potentially giant planets.

By 1994, ELODIE was operational at Geneva and Mayor and Queloz began their survey of Sun-like systems with suspected substellar secondary objects. In July 1995, the pair's survey of the 51 Pegasi affirmed that there was an exoplanet orbiting it, identified as 51 Pegasi b which was later classified as a Hot Jupiter-type planet. This was the first exoplanet to be found orbiting a main sequence star, as opposed to planets that orbited the remains of a star. Mayor's and Queloz's discovery of an exoplanet launched great interest is searching for other exoplanets since. As of 2019, there are at least 4000 confirmed exoplanet discoveries with several more potential candidates.

Mayor's work focused more on improving instrumentation for radial velocity measurements to improve detecting exoplanets and measuring their properties. Mayor led a team to further improve ELODIE to increase velocity measurement accuracy to 1 m/s via the High Accuracy Radial Velocity Planet Searcher (HARPS) installed on the ESO 3.6 m Telescope at La Silla Observatory in Chile by 2003. Mayor led the team that used HARPS to seek out other exoplanets. In 2007, Mayor was one of 11 European scientists who discovered Gliese 581c, the first extrasolar planet in a star's habitable zone, from the ESO telescope. In 2009, Mayor and his team discovered the lightest exoplanet ever detected around a main sequence star: Gliese 581e. Nonetheless, Mayor noted that humans will never migrate to such exoplanets since they are "much, much too far away ... [and would take] hundreds of millions of days using the means we have available today". However, due to discoveries by Mayor, searching for extraterrestrial communications from exoplanets may now be a more practical consideration than thought earlier.

In 1998, Mayor was awarded the Swiss Marcel Benoist Prize in recognition of his work and its significance for human life. As of 2003, he was a member of the board of trustees. He received the Prix Jules Janssen from the Société astronomique de France (French Astronomical Society) in 1998.

In 2000, he was awarded the Balzan Prize. Four years later, he was awarded the Albert Einstein Medal. In 2005, he received the Shaw Prize in Astronomy, along with American astrophysicist Geoffrey Marcy. Mayor was made a knight of the French Legion d'Honneur in 2004.

Mayor has received the 2011 BBVA Foundation Frontiers of Knowledge Award of Basic Sciences (together with his former student Didier Queloz) for developing new astronomical instruments and experimental techniques that led to the first observation of planets around Sun-like stars. Asteroid 125076 Michelmayor, discovered by Swiss amateur astronomer Michel Ory at the Jura Observatory in 2001, was named in his honor. The official naming citation was published by the Minor Planet Center on 21 August 2013 (M.P.C. 84674).

In 2015, he was awarded the Gold Medal of the Royal Astronomical Society. In 2017, he received the Wolf Prize in Physics. He and Didier Queloz (also from Switzerland) were awarded one half of the 2019 Nobel Prize in Physics for the discovery of the exoplanet 51 Pegasi b.

The contents of this page are sourced from Wikipedia article on 12 Mar 2020. The contents are available under the CC BY-SA 4.0 license.
View Michel Mayor 's image gallery
Image Gallery 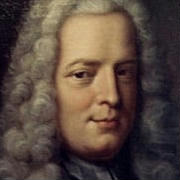