Michel C. Nussenzweig (born February 10, 1955) is a professor and head of the Laboratory of Molecular Immunology at The Rockefeller University and a Howard Hughes Medical Institute investigator.

Nussenzweig received an M.D. from New York University School of Medicine in 1982 and completed his internship and residency in internal medicine, and a clinical fellowship in infectious diseases at Massachusetts General Hospital in 1985. From 1986 to 1989, he was a postdoctoral fellow in genetics in the Harvard Medical School laboratory of Philip Leder. Nussenzweig returned to The Rockefeller University as an assistant professor in 1990 and he became an associate professor in 1994, and a professor and senior physician in 1996. In 2013, he was named the first Zanvil A. Cohn and Ralph M. Steinman Professor.

Nussenzweig studies molecular aspects of the immune system’s adaptive and innate responses, using a combination of biochemistry, molecular biology, and genetics. Work on adaptive immunity focuses on B lymphocytes and antibodies to HIV-1, while work on innate immunity focuses on dendritic cells. The laboratory has isolated and cloned human antibodies to HIV-1 and explored their roles in prevention and therapy. In clinical trials, a broadly neutralizing antibody isolated from an HIV-infected patient was shown to be safe and effective and to interfere with chronic infection in a way that traditional antiretroviral therapy does not. His research has led to the development of innovative vaccines against infectious diseases and new treatments for autoimmunity.

Brazilian former football player at the position of goalkeeper. He played mostly for Palmeiras 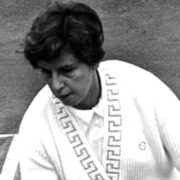