Michal Rivlin is a Senior Scientist and Sara Lee Schupf Family Chair in Neurobiology at the Weizmann Institute of Science. She was awarded the 2019 Blavatnik Awards for Young Scientists for her research on the neuronal circuitry of the retina.

Rivlin was born in Jerusalem. She served in the Sar-El program before studying mathematics and computer science at the Hebrew University of Jerusalem. She graduated in 2001 and moved to the Interdisciplinary Center for Neural Computation for her postgraduate research, where she was supported by a scholarship for excellence. Rivlin completed her doctoral degree in 2009. She moved to the University of California, Berkeley for her postdoctoral research, where she worked alongside Marla Feller as a Human Frontier Science Program Fellow. During her postdoctoral research she demonstrated that the modality encoded into retinal ganglion cells (RCGs) can be altered by certain stimuli. This can include directional sensitive RCGs, which reorient themselves after a short stimulation, and light sensitive RCGs which change their preferred polarity when light intensity changes.

In 2013 Rivlin joined the faculty of the Weizmann Institute of Science. At the Weizmann Institute of Science Rivlin lead a laboratory studying Dynamic Computations in the Retina. She studies how the neurons interpret the dynamic signals sent by the retina, and how they make use of changing information to build a coherent visual image. She makes use of two-photon excitation microscopy, electrophysiology and pharmacogenomics to understand the mechanisms involved in communication from the retina.

Rivlin believes that the retina can be used in the early diagnosis of neurodegenerative diseases such as Parkinson's disease. There is evidence that people with Parkinson's disease have decreased retinal dopamine levels. In an effort to use this as a characterisation tool, Rivlin studies the responses of the retina to different levels of dopamine. It is believed that the reduction of acetylcholine which occurs during Alzheimer's disease may also present in the retina. People who suffer from Alzheimer's disease experience a loss of retinal neurons. Rivlin believes that through measurements of the retinal neurons, in particular the starburst amacrine cells, it will be possible to determine the cholinergic levels, with which it will be possible to diagnose Alzheimer's disease early.

In 2019 Rivlin was awarded the Israel Blavatnik Awards for Young Scientists in Life Sciences.

Rivlin is married to Yedidya Etzion, Head of Keshet High School, with whom she has four children. 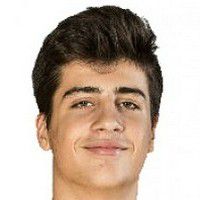 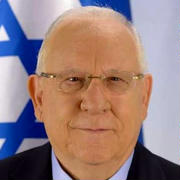