Michael Witzel (born July 18, 1943) is a German-American philologist, comparative mythologist and Indologist. Witzel is the Wales Professor of Sanskrit at Harvard University and the editor of the Harvard Oriental Series (volumes 50-80). He is an author on Indian sacred texts and Indian history,

A critic of the Out of India theory and Hindutva-based historical revisionism, he opposed attempts to influence USA school curricula in the California textbook controversy over Hindu history.

Michael Witzel was born July 18, 1943 at Schwiebus, then lived in Germany, now Poland. He studied Indology in Germany (from 1965 to 1971) under Paul Thieme, H.-P. Schmidt, K. Hoffmann and J. Narten, as well as in Nepal (1972–1973) under the Mīmāmsaka Jununath Pandit. At Kathmandu (1972–1978), he led the Nepal-German Manuscript Preservation Project and the Nepal Research Centre.

Witzel is editor-in-chief of the Electronic Journal of Vedic Studies (EJVS) and the Harvard Oriental Series. Witzel has been president of the Association for the Study of Language in Prehistory (ASLIP) since 1999, as well as of the new International Association for Comparative Mythology (2006-).

Main topics of scholarly research are the dialects of Vedic Sanskrit, old Indian history, the development of Vedic religion, and the linguistic prehistory of the Indian Subcontinent.

Witzel's early philological work deals with the oldest texts of India, the Vedas, their manuscripts and their traditional recitation; it included some editions and translations of unknown texts (1972). such as the Katha Aranyaka. He has begun, together with T. Goto et al. a new translation of the Rigveda into German (Books I-II, 2007, Books III-V 2012)

Vedic texts, Indian history, and the emergence of the Kuru kingdom

After 1987, he has increasingly focused on the localization of Vedic texts (1987) and the evidence contained in them for early Indian history, notably that of the Rgveda and the following period, represented by the Black Yajurveda Samhitas and the Brahmanas. This work has been done in close collaboration with Harvard archaeologists such as R. Meadow, with whom he has also co-taught. Witzel aims at indicating the emergence of the Kuru tribe in the Delhi area (1989, 1995, 1997, 2003), its seminal culture and its political dominance, as well as studying the origin of late Vedic polities and the first Indian empire in eastern North India (1995, 1997, 2003, 2010).

He studied at length the various Vedic recensions (śākhā) and their importance for the geographical spread of Vedic culture across North India and beyond. This resulted in book-length investigations of Vedic dialects (1989), the development of the Vedic canon (1997), and of Old India as such (2003, reprint 2010).

The linguistic aspect of earliest Indian history has been explored in a number of papers (1993, 1999, 2000, 2001, 2006, 2009) dealing with the pre-Vedic substrate languages of Northern India. These result in a substantial amount of loan words from a prefixing language ("Para-Munda") similar to but not identical with Austroasiatic (Munda, Khasi, etc.) as well as from other unidentified languages. In addition, a considerable number of Vedic and Old Iranian words are traced back to a Central Asian substrate language (1999, 2003, 2004, 2006). This research is constantly updated, in collaboration with F. Southworth and D. Stampe, by the SARVA project including its South Asian substrate dictionary.

In recent years, he has explored the links between old Indian, Eurasian and other mythologies (1990, 2001-2010) resulting in a new scheme of historical comparative mythology that covers most of Eurasia and the Americas ("Laurasia", cf. the related Harvard, Kyoto, Beijing, Edinburgh, Ravenstein (Netherlands), Tokyo, Strasbourg, St.Petersburg, Tübingen, Yerevan conferences of IACM). This approach has been pursued in a number of papers. A book published in late 2012, The Origins of the World's Mythologies, deals with the newly proposed method of historical comparative mythology at length; for scholarly criticism see and for periodic updates see It has been called a magnum opus, which should be taken seriously by social anthropologists, and was praised by professor of Sanskrit Frederick Smith, who wrote that

Witzel’s thesis changes the outlook on all other diffusionist models [...] His interdisciplinary approach not only demonstrates that it has a promising future, but that it has arrived and that finally one can actually speak of a science of mythology.

It also received criticism. Tok Thompson called it "racist" and dismissed it as "useless—and frustrating—for any serious scholar," while Bruce Lincoln concluded that Witzel in this publication theorizes "in terms of deep prehistory, waves of migration, patterns of diffusion, and contrasts between the styles of thought/narration he associates with two huge aggregates of the world's population [which] strikes me as ill-founded, ill-conceived, unconvincing, and deeply disturbing in its implications."

Witzel published articles criticizing what he calls "spurious interpretations" of Vedic texts and decipherments of Indus inscriptions such as that of N.S. Rajaram.

Witzel has questioned the linguistic nature of the so-called Indus script (Farmer, Sproat, Witzel 2004). Farmer, Sproat, and Witzel presented a number of arguments in support of their thesis that the Indus script is non-linguistic, principal among them being the extreme brevity of the inscriptions, the existence of too many rare signs increasing over the 700-year period of the Mature Harappan civilization, and the lack of random-looking sign repetition typical for representations of actual spoken language (whether syllable-based or letter-based), as seen, for example, in Egyptian cartouches.

Earlier, he had suggested that a substrate related to, but not identical with, the Austro-Asiatic Munda languages, which he therefore calls para-Munda, might have been the language of (part of) the Indus population.

Asko Parpola, reviewing the Farmer, Sproat, and Witzel thesis in 2005, states that their arguments "can be easily controverted". He cites the presence of a large number of rare signs in Chinese, and emphasizes that there is "little reason for sign repetition in short seal texts written in an early logo-syllabic script". Revisiting the question in a 2007 lecture, Parpola takes on each of the 10 main arguments of Farmer et al., presenting counterarguments. He states that "even short noun phrases and incomplete sentences qualify as full writing if the script uses the rebus principle to phonetize some of its signs". All these points are rejected in a lengthy paper by Richard Sproat, "Corpora and Statistical Analysis of Non-Linguistic Symbol Systems" (2012).

Other work (1976-) deals with the traditions of medieval and modern India and Nepal, including its linguistic history, Brahmins, rituals, and kingship (1987) and present day culture, as well as with Old Iran and the Avesta (1972-), including its homeland in Eastern Iran and Afghanistan (2000).

Witzel has organized a number of international conferences at Harvard such as the first of the intermittent International Vedic Workshops (1989,1999,2004; 2011 at Bucharest, 2014 at Kozhikode, Kerala), the first of several annual International Conferences on Dowry and Bride-Burning in India (1995 sqq.), the yearly Round Tables on the Ethnogenesis of South and Central Asia (1999 sqq) and, since 2005, conferences on comparative mythology (Kyoto, Beijing, Edinburgh, Ravenstein (Netherlands), Tokyo, Harvard, Tokyo). as well as at Strasbourg, St.Petersburg, Tübingen and Yerevan.

At the Beijing conference he founded the International Association for Comparative Mythology.

In 2005, Witzel joined other academics and activist groups to oppose changes to California state school history textbooks proposed by US-based Hindu groups, mainly The Vedic Foundation and Hindu Education Foundation (HEF), arguing that the changes were not of a scholarly but of a religious-political nature. He was appointed to an expert panel set up to review the changes and helped draft the compromise edits that were later adopted.

Witzel's efforts received the support of academics and some community groups, but attracted severe criticism from those supporting the original changes, who questioned his expertise on the subject and his appointment to the expert panel.

Witzel was issued a subpoena by the California Parents for Equalization of Educational Materials (CAPEEM), a group founded specifically for the schoolbook case, in November 2006 to support their law case against the California authorities' decisions in the textbook case. He was sued by CAPEEM to compel with the subpoena in Massachusetts courts, which was however dismissed twice. He had already submitted documents to CAPEEM and undergone a deposition.

Witzel was also accused of being biased against Hinduism, an allegation he denies. Rejecting criticism that he was a "Hindu hater", Witzel said, "I hate people who misrepresent history."

The HEF campaign was dismissed by critics as "one driven by the sectarian agenda of the Sangh Parivar, a term commonly used to describe the Hindu nationalist triumvirate of India's Bharatiya Janata Party, the Rashtriya Swayamsevak Sangh and the Vishwa Hindu Parishad." In a letter to the Board of Education, Vinay Lal, a history professor at the University of California at Los Angeles, wrote:

As far as I am aware, the Hindu Education Foundation and Vedic Foundation and their supporters do not number among their ranks any academic specialists in Indian history or religion other than Professor Bajpai himself. It is a remarkable fact that, in a state which has perhaps the leading public research university system in the United States, these two foundations could not find a single professor of Indian history or religion within the UC system (with its ten campuses) to support their views. Indeed, it would be no exaggeration to say that they would be hard pressed to find a single scholar at any research university in the United States who would support their views.

The contents of this page are sourced from Wikipedia article on 09 Mar 2020. The contents are available under the CC BY-SA 4.0 license.
View Michael Witzel 's image gallery
Image Gallery 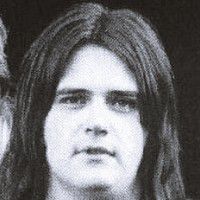 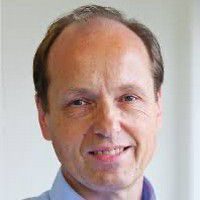