Prior to this appointment, Wertheimer spent two years in industry building a research group focused on the intelligence community. From 1982 to 2003 he was a cryptologic mathematician at the National Security Agency. In 1999 he was selected as Technical Director for the Data Acquisition Office in the NSA’s Signals Intelligence Directorate. He is the co-author of the 2001 Signals Intelligence Strategy and the 2002 SIGINT architecture model.

Wertheimer returned to the National Security Agency in June 2009 and in the June 2010 became its current Director for Research.

In 2014 he retired from the NSA and now works at the University of Maryland.

The contents of this page are sourced from Wikipedia article on 29 Jul 2020. The contents are available under the CC BY-SA 4.0 license.
comments so far.
Comments
From our partners
Sponsored
Reference sources
References
http://techdailydose.nationaljournal.com/2009/08/former-anchor-to-lead-us-intel.php
https://web.archive.org/web/20101030224507/http://techdailydose.nationaljournal.com/2009/08/former-anchor-to-lead-us-intel.php
http://www.dni.gov/press_releases/20051031_release.htm
https://web.archive.org/web/20060923133757/http://www.dni.gov/press_releases/20051031_release.htm
http://articles.cnn.com/2008-09-05/tech/facebook.spies_1_facebook-social-networking-site-space?_s=PM:TECH
http://www.linkedin.com/pub/mike-wertheimer/0/907/473
Trending today in 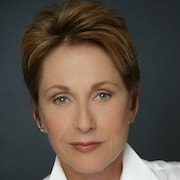