Voslensky was an interpreter for the Soviet Union during the Nuremberg Trials. In 1953-1955 he worked with the World Peace Council. Later he worked at the Soviet Academy of Sciences.

In 1974, after 4 years of living in West Germany, he was stripped of his Soviet citizenship (restored in 1990) and worked with the Forschungsinstitut für Sowjetische Gegenwart (Research Institute for the Soviet Union).

His book Nomenklatura was motivated by Milovan Djilas's concept of a New Class emerging in communist states.

His book Secrets Revealed: Moscow Archives Speak sketches the role of terror in the Soviet system, the evolution of the Soviet secret police, and the role of the nomenklatura in its hierarchy. 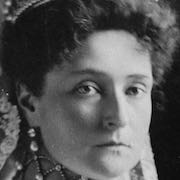 Wife of Nicholas I of Russia