Michael Umlauf (August 9, 1781 – June 20, 1842), was an Austrian composer, conductor, and violinist. His father, Ignaz Umlauf, was also a notable composer. His sister, Elisabeth Hölzel (née Umlauf), had a career as a contralto and her son Gustav Hölzel was an important bass-baritone.

Umlauf was born at Vienna. At an early age he became a violinist in the Vienna court orchestra. His earliest known compositions were a series of ballet scores for the court theatres dated 1804. He is listed in the theatre almanac of 1809 as Kapellmeister Gyrowetz’s deputy, and by the 1815 almanac he had advanced to fourth of the six Kapellmeisters at the Kärntnertortheater. Umlauf retired in 1825 during Barbaia’s direction of the court opera, and applied without success for the post of second Kapellmeister at the Stephansdom. It was 1840 before he again came to the fore, this time as music director at the two court theatres, but his lengthy absence had left him quite out of touch and he soon retired again, dying at Baden bei Wien not long after.

In 1823-24, he was one of the 50 composers who composed a variation on a waltz by Anton Diabelli for Vaterländischer Künstlerverein.

The contents of this page are sourced from Wikipedia article on 10 Mar 2020. The contents are available under the CC BY-SA 4.0 license.
View Michael Umlauf 's image gallery
Image Gallery

Maximilian I of Mexico

Archduke of Austria, monarch of the Second Mexican Empire 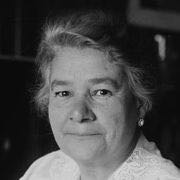