Spindler graduated from engineering at Technical University in Cologne in 1964 and worked at DEC and Intel, before he moved to join Apple Computer. Having joined Apple in 1980 after Mike Markkula brought him over to help out with Apple's European office, he rose through the ranks in Apple's European operations as President of Apple Europe, then President of Apple International.

On October 15, 1993, Spindler was chosen to take over as Apple's CEO when John Sculley was ousted by the board of directors. Spindler presided over several successful projects, such as the introduction of the PowerPC, as well as some major failures, including the Newton and the Copland operating system. Spindler shied away from the spotlight preferring instead to work on operational management and strategy without fanfare. During his tenure the Apple board authorized merger discussions with IBM, Sun Microsystems and Philips, but when these went nowhere, he was replaced by Gil Amelio, on February 2, 1996.

From 1985 until his death in 2017, Spindler lived between Paris, France and San Francisco, California, United States with his wife Maryse and three kids Karen, Laurie, and John.

Spindler died of illness in 2017. His longtime friend and partner Jean-Louis Gassée stated, "Mike was an original, highly cultured mind, with high-level geopolitical views of our industry."

The contents of this page are sourced from Wikipedia article on 08 Mar 2020. The contents are available under the CC BY-SA 4.0 license.
comments so far.
Comments
Reference sources
References
https://www.macg.co/aapl/2018/04/michael-spindler-ceo-dapple-de-1993-1996-est-mort-102113
http://stillwaterclub.org/wordpress/?p=1595
http://lowendmac.com/2013/michael-spindler-peter-principle-apple/
http://lowendmac.com/orchard/06/0406.html
Trending today in 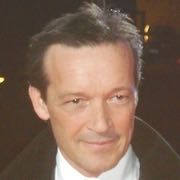