Roes was born in Rhede and grew up in Bocholt, North Rhine-Westphalia.

He was a student of Philosophy, Anthropology and Psychology at the Free University of Berlin. He holds a Diploma in Psychology (1985) and a PhD in Philosophy (1991).

He has been a lecturer at universities in Berlin, Konstanz and Budapest. Roes was a fellow at the Institute for Advanced Studies in Budapest (1994–1995).

Michael Roes is a novelist, poet, anthropologist and film-maker with an interest in interaction with the foreign. He has drawn inspiration from a wide and diverse range of cultures in his work, from the North American Indians, featured in the novel Der Coup der Berdache, to contemporary China in Die Fünf Farben Schwarz, and from Welsh mythology in Lleu Llaw Gyffes, to the Islamic world in Leeres Viertel, Weg nach Timimoun, Nah Inverness, and Geschichte der Freundschaft. His work is characterised by syncretism, experimentation and a multicultural flavour. It reveals a desire to engage with people from other cultures, and he has a vision of intercultural learning as an active exchange, an experience that must be sought, in which one must give as well as take.

Leeres Viertel published in 1996, was the novel that earned Roes his reputation as one of the leading German Poeten des Fremden. In this novel the protagonist is an anthropologist travelling in Yemen researching traditional children's games. His account is a juxtaposition of travel writing, observations on daily life, anthropological lists, and reflections on the theory of play. Another complementary narrative strand in the novel comprises a diary written by an early nineteenth-century traveller to Yemen, Ferdinand Schnittke. Sharing a sensitivity to local customs, an interest in the traditions of the Arab world, and a similar fate, the two diary accounts closely intertwine.

Nah Inverness, published in 2004, likewise features two diary accounts. One is by Hal Dumblatt, an American director hell-bent on filming a production of Macbeth in the Yemeni hinterlands, using Yemeni tribesmen as actors. The second narrative strand is provided by Ahmed, a Yemeni officer appointed to report on the film crew's activities. The novel's plot is based on real events: Michael Roes took a small film crew to Yemen in 2000 to film a version of Macbeth, entitled Someone is Sleeping in my Pain: Ein west-östlicher Macbeth (2001). This daring project can only be viewed as the epitome of the experimentation, and an eagerness to approach the unknown, that is inherent in Roes' work as a whole. Of all Roes' works the novel is, however, the least optimistic about the possibilities of making a successful and meaningful connection with people from different cultures.

In his most recent novel, Geschichte der Freundschaft, published 2010, Roes returns to this theme with a novel that tells the story of a friendship between a German tourist and an Algerian student. – In all these novels intercultural encounters are portrayed as being complex and fragile. Relationships and friendships between people of vastly different backgrounds induce personal growth, deeper cultural understanding and involve a questioning of one's own cultural prejudices.

An idea fundamental to Roes' thinking on the topic of interculturality is the concept that that which unites the human race is much greater than that which divides it. No matter where on earth he or she may live, every human being has one thing in common – a physical body. Language and culture may keep people apart, but the experience of physical sensation forms a bond that is deeper than the superficial factors which separate the human race.

Michael Roes took part in theatre and film work with adolescents in Berlin. He worked as Director's assistant at Schaubühne Berlin (1987–1989) and at Munich Kammerspiele (1989).

His first feature film Someone is Sleeping in My Pain, a contemporary version of Shakespeare's Macbeth, was shot in New York and Yemen with tribal warriors (2000–2001).

In 2003/2004 Roes made the documentary film City of Happiness about the present situation of young men in Algeria.

He also made the feature film Timimoun, an Algerian road movie, based on the Greek tragedy of Orestes (2004/2005).

This road movie and the novel Weg nach Timimoun by Michael Roes are based on the Ancient Greek myth of Orestes who returned to Mycenae together with his friend Pylades to kill his mother and her lover in revenge of their murder of his father. Laid owns a small photo studio in the Algerian harbour city of Bejaia. In a letter his sister appeals to him to avenge his father who was shot by Laid’s mother in an act of desperation. Together with his friend Nadir young Laid reluctantly embarks on a trip to his hometown Timimoun, the legendary oasis in the Sahara desert.

The film and novel are a kind of anthropological journey full of danger and adventure through a country torn with political tension and under the growing influence of religious fundamentalism. In strong and vivid language Roes paints a picture of a society with violent fathers and hard-hearted mothers, but also with tenderful friendships.

Main subject of Roes' poetical and academic work is the role of the "stranger" or the "foreigner" in our societies. Specially the European view to the Arab world is one of the main topics in his major novels and recent films. His wide talent as a poet, novelist, play writer, essayist and film maker and his interest in outsiders puts him into the tradition of Jean Cocteau, Pier Paolo Pasolini or Bruce Chatwin. 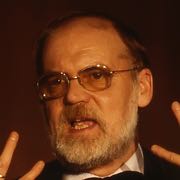