Following his retirement from football, Roberts became a respected commentator for the Nine Network. He was a regular sports reporter for National Nine News, as well as appearing as a boundary rider during the Nine Network's Australian Football League telecasts. Roberts also worked as a model on the television quiz show Sale of the Century.

He can also be heard on Triple M's football coverage as a boundary rider on Saturday Nights and Sundays.

The contents of this page are sourced from Wikipedia article on 01 Jul 2020. The contents are available under the CC BY-SA 4.0 license.
comments so far.
Comments
From our partners
Sponsored
Reference sources
References
http://www.theage.com.au/news/carbone--money/footy-iron-man-felled-by-a-fang/2006/10/26/1161749251258.html?page=fullpage#contentSwap1
https://news.google.com.au/newspapers?id=bXwQAAAAIBAJ&sjid=dpIDAAAAIBAJ&dq=michael-roberts%20st-kilda&pg=5128,2516138
//www.google.com/search?&q=%22Michael+Roberts%22+footballer+site:news.google.com/newspapers&source=newspapers
//scholar.google.com/scholar?q=%22Michael+Roberts%22+footballer
https://www.jstor.org/action/doBasicSearch?Query=%22Michael+Roberts%22+footballer&acc=on&wc=on
http://afltables.com/afl/stats/players/M/Michael_Roberts.html
https://australianfootball.com/players/player/Michael+Roberts/11245
http://www.entertainoz.com.au/Artists/Comperes-and-MC-s/Michael-Roberts
Trending today in 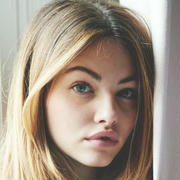