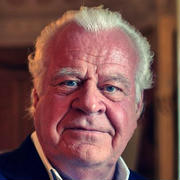 Michael-Benedikt of Saxe-Weimar-Eisenach
The basics

Prince Michael was born in Bamberg, Bavaria, the only son of Hereditary Grand Duke Charles Augustus of Saxe-Weimar-Eisenach and Baroness Elisabeth von Wangenheim-Winterstein (1912–2010). Among his godparents were Queen Juliana of the Netherlands and the Grand Duchess Anastasia of Russia imposter, Anna Anderson, who was living with his aunt Princess Luise of Saxe-Meiningen.

When his father died on 14 October 1988, Michael succeeded as Head of the House of Saxe-Weimar-Eisenach. On 13 February 1991 he inherited the leadership in the House of Saxe-Altenburg, as that line went extinct and since 23 July 2012 he regards the Albertine royal Saxon line to also be extinct.

In 2004 he withdrew his claim for restitution of numerous properties, archives (partly including those of Schiller and Goethe) as well as priceless artwork in a settlement with the Free State of Thuringia and acquired some forest estates in exchange.

According to Semi-Salic law of succession, as the most senior agnate of the House of Wettin, Prince Michael is the general heir to Margaret of Hohenstaufen in her claim to the Duchy of Swabia.

Michael is in the line of succession to the British throne, being a great-grandson of Princess Augusta, eldest sister of King George III. As he has no sons, the current heir to the headship of the grand ducal house is his cousin Prince Wilhelm Ernst (b. 10 August 1946), whose only son Prince Georg-Constantin (13 April 1977 - 9 June 2018), a banker, was killed in a horse riding accident on 9 June 2018. The Grand-Ducal House of Saxe-Weimar-Eisenach will, therefore, eventually become extinct in the male line.

Prince Michael married Renate Henkel (b. Heidelberg, 17 September 1947), daughter of industrialist Konrad Henkel and wife Jutta von Hülsen and sister of Christoph Henkel, in a civil ceremony on 9 June 1970 at Hamburg-Eimsbüttel, and religiously on 4 July 1970 at Linnep bei Breitscheid. The marriage was childless and dissolved by divorce at Düsseldorf on 9 March 1974.

He was married secondly to Dagmar Hennings (b. Niederpöcking, 24 June 1948), daughter of Henrich Hennings and wife Margarethe Schacht, in London on 15 November 1980. They have one daughter:

The contents of this page are sourced from Wikipedia article on 20 Apr 2020. The contents are available under the CC BY-SA 4.0 license.
comments so far.
Comments
Reference sources
References
http://www.zum.de/psm/weimar/weimar_vve.php#First_Chapter_:_The_Individual
http://www.bmi.bund.de/cae/servlet/contentblob/150142/publicationFile/35310/Anschriften.pdf
https://web.archive.org/web/20150724030433/http://www.bmi.bund.de/cae/servlet/contentblob/150142/publicationFile/35310/Anschriften.pdf
https://archive.org/details/burkesguidetoroy00lond/page/266
http://www.sz-online.de/sachsen/erbfolgestreit-bei-den-wettinern-2826511.html
https://www.telegraph.co.uk/news/2019/01/10/baron-breaks-tears-tells-tried-save-life-german-prince-died/
https://deepl.com
https://translate.google.com/
Trending today in 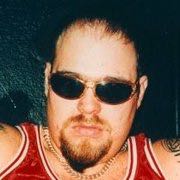