During World War II, Pössinger served in the mountain troops of the Wehrmacht and was a recipient of the Knight's Cross of the Iron Cross with Oak Leaves. The battalion under his command was responsible for burning to death 21 civilians at Kefalovryso, Greece on 10 July 1943.

Michael Pössinger joined the mountain troops of the Wehrmacht in October 1937, and took part in the Invasion of Poland (1939) and the Battle of France (1940). He was awarded the Knight's Cross of the Iron Cross on 19 July 1940. In 1941, he fought in the Balkans Campaign and Operation Barbarossa. In 1941 Pössinger participated in the FIS Alpine World Ski Championships 1941 at Cortina d'Ampezzo in Italy and won a Silver Medal.

At the end of 1941 he was put in charge of a Ski company in the 1st Mountain Division. For two months it operated behind Russian lines, attacking supply positions and other strong points, returning to his own lines in February 1942. He continued leading the company in the Caucasus until he was severely wounded in the summer of 1942. On 16 February 1943 Pössinger was awarded the German Cross in Gold. Promoted to Hauptmann on 1 October 1943 he was put in command of the I. Battalion of the 98th Gebirgsjäger-Regiment.

I. Battalion of the 98th Gebirgsjäger-Regiment was responsible for burning to death 21 civilians at Kefalovryso, Greece on 10 July 1943. Historian Hermann Frank Meyer assumes that the actions were personally led by Pössinger.

In October 1944, Pössinger was put in charge of the II. Battalion of the Grenadier-Regiment 1123. For his autonomous counter-attack and break through at Allenstein, he was awarded the Knight's Cross of the Iron Cross with Oak Leaves. In May 1945 he received the Close Combat Clasp in Gold. He surrendered to the American forces in May 1945.

After World War II he initially worked as a business man. On 26 April 1956 he joined the Bundeswehr with the rank of Major. From October 1961 to October 1965 he was commander of the Mountain and Winter Combat School in Mittenwald. He commanded the VKK 653 (Verteidigungskreiskommando—District Defense Command of the German Army) in Murnau until March 1975 and retired from the Bundeswehr on 31 March 1975. 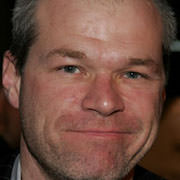