Michael P. Early was a member of the Wisconsin State Assembly.

Early was born on March 10, 1918 in New Richmond, Wisconsin. He graduated from New Richmond High School in 1935 and is married with seven children.

During World War II, he served as a paratrooper in the United States Army. From 1963 to 1971, Early was Police Commissioner of River Falls, Wisconsin. He died on March 29, 1993.

Early was first elected to the Assembly in 1970. He was a Democrat. 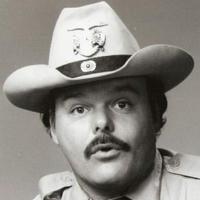