Michael Robert Marrus, CM FRSC (born February 3, 1941) is a Canadian historian of the Holocaust, modern European and Jewish history and International Humanitarian Law. He is the author of eight books on the Holocaust and related subjects.
Marrus was born in Toronto and received his BA at the University of Toronto in 1963 and his MA and PhD at the University of California, Berkeley in 1964 and 1968. He also received a master's degree in law from the University of Toronto in 2005. Marrus was Professor of History and Dean of Graduate Studies at the University of Toronto and served for nineteen years as Governor of the institution. He is currently a senior fellow of Massey College and the Chancellor Rose and Ray Wolfe Professor Emeritus of Holocaust Studies.
In 1981 Marrus co-authored with Robert Paxton "Vichy France and the Jews" which demonstrated that the anti-semitism of Vichy France was endogenous to the region rather than imposed from without and that the Vichy government, which was spared occupation for a time, could sometimes be even more brutal than states which, unlike Vichy, were actually under Nazi occupation, especially in its role in organizing the deportation of Jews to death camps.
Among Marrus' best-known books, The Holocaust in History (1987) applies the tools of historiographic analysis to the vast literature on the topic, attempting to elucidate such issues as the problems of the uniqueness and universalism of the Holocaust; public opinion regarding the Jews Nazi Europe; anti-semitism as a factor in the origins of the Holocaust; Jewish resistance; the role of the Judenräte; bystanders; and role of the churches in the Holocaust. He has also written on the history of European refugee movements in the twentieth century, and the Holocaust-era restitution campaign of the 1990s.
Marrus' most recent work, Lessons of the Holocaust, published in 2015, deals with the historical and moral controversies which infuse the interpretation of the Holocaust and its significance. In it, Marrus denies there can be any definitive set of lessons to be learned from the destruction of the European Jews and instead affirms that there are many ever-evolving questions that need to be continually studied and re-interpreted. His works have been translated into French, German, Polish, Hebrew, Portuguese, and Japanese.

Role in International Catholic-Jewish Historical Commission to Investigate the Holocaust

In October 1999 Marrus was one of three Jewish scholars appointed to the International Catholic-Jewish Historical Commission to investigate the role of the Pope Pius XII during the Holocaust.

The commission was supposed to review and discuss the previously published Vatican records pertaining to the World War II period and report on their assessment. In October 2000 the Commission issued a preliminary report with 47 questions about the Vatican's response to the Holocaust. Therupon, in 2001, the Vatican rebuffed the Commission's efforts to access to Vatican archives Pontificate of Pius XII and the wartime period, and it subsequently disbanded amid controversy. In an interview in the Jerusalem Post Marrus expressed regret that the Commission had run "up against a brick wall" on the question of opening Vatican archives.

In 1971 Marrus married Randi Greenstein; the couple have three children.

Marrus’ books have received many prizes and distinctions, including, most recently, a Canadian Jewish Book Award for Lessons of the Holocaust. He has been a research fellow or has taught at St. Antony’s College, Oxford, the Institute for Advanced Studies at the Hebrew University of Jerusalem, UCLA, and the University of Cape Town, South Africa. He is a fellow of the Royal Society of Canada and the Royal Historical Society. In 2008 he became a member of the Order of Canada.

Role in International Catholic-Jewish Historical Commission to Investigate the Holocaust 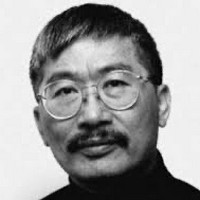