Born in Munich, Michael Mann was the youngest child of writer Thomas Mann and Katia Mann. He studied viola and violin in Zürich, Paris and New York City. On March 6, 1939, he married the Swiss-born Gret Moser (1916–2007) in New York. With her he had two sons, Fridolin ("Frido") and Anthony ("Toni"), as well as an adopted daughter, Raju.

Between 1942 and 1947 he was a violinist in the San Francisco Symphony Orchestra. In 1949 he made appearances as a viola soloist in the United States and Europe. Accompanied by pianist Yaltah Menuhin, he made a concert tour in 1951 and recorded the 1948 Viola Sonata by Ernst Krenek. He was forced to give up professional music due to a neuropathy.

Mann then studied German literature at Harvard, and later worked as a professor at the University of California, Berkeley.

Michael, like several of his siblings and at least two of his aunts, suffered from depression and died of a combined consumption of alcohol and barbiturates in Orinda, California; it is considered likely that he committed suicide. There is a stone with his name on it on his parents' grave in Kilchberg, Switzerland. 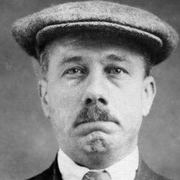