Michael Johannes Madsen (born March 26, 1958 in Copenhagen, Hovedstaden) is a retired male light-heavyweight boxer from Denmark, who represented his native country at the 1980 Summer Olympics in Moscow, Soviet Union.

There he was eliminated in the second round by Cuba's Ricardo Rojas on points (1-4) after having defeated Csaba Kuzma (Hungary) in the first round. Madsen was one out of three boxers representing Denmark at the 1980 Summer Olympics, the other ones being Jesper Garnell (lightweight) and Ole Svendsen (welterweight).

The contents of this page are sourced from Wikipedia article on 24 Jun 2020. The contents are available under the CC BY-SA 4.0 license.
comments so far.
Comments
From our partners
Sponsored
Reference sources
References
https://web.archive.org/web/20200418100055/https://www.sports-reference.com/olympics/athletes/ma/michael-madsen-1.html
Trending today in 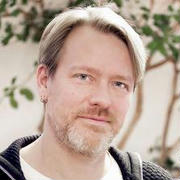