Lewis was born in New Orleans to corporate lawyer J. Thomas Lewis and community activist Diana Monroe Lewis. He attended Isidore Newman School in New Orleans. He then attended Princeton University where he received a cum laude AB in art history in 1982 and was a member of the Ivy Club. He went on to work with New York art dealer Daniel Wildenstein. He enrolled at the London School of Economics and received an MA in economics in 1985. Lewis was hired by Salomon Brothers and moved to New York for their training program. He worked at its London office as a bond salesman. He resigned to write Liar's Poker and became a financial journalist.

Lewis described his experiences at Salomon and the evolution of the mortgage-backed bond in Liar's Poker (1989). In The New New Thing (1999), he investigated the then-booming Silicon Valley and discussed obsession with innovation. Four years later, Lewis wrote Moneyball, in which he investigated the success of Billy Beane and the Oakland A's. In August 2007, he wrote an article about catastrophe bonds entitled "In Nature's Casino" that appeared in The New York Times Magazine.

Lewis has worked for The Spectator, The New York Times Magazine, as a columnist for Bloomberg, as a senior editor and campaign correspondent to The New Republic, and a visiting fellow at the University of California, Berkeley. He wrote the Dad Again column for Slate. Lewis worked for Conde Nast Portfolio but in February 2009 left to join Vanity Fair, where he became a contributing editor.

In September 2011, after the successful release of the film adaptation of his book Moneyball, it was reported that Lewis planned to take on "a much more active role in the what could be the next film based on one of his books" and would start writing a script for a Liar's Poker film.

In 2013, in Vanity Fair, Lewis wrote on the injustice of the prosecution of ex-Goldman Sachs programmer Sergey Aleynikov, who is given an entire chapter in Flash Boys. Flash Boys, which looked at high-frequency trading of Wall Street and other markets, was released in March 2014.

A best-selling author, Lewis has drawn both supporters and vocal detractors. In a review of Moneyball, Dan Ackman of Forbes said that Lewis had a special talent: "He can walk into an area already mined by hundreds of writers and find gems there all along but somehow missed by his predecessors." A New York Times piece said that "[n]o one writes with more narrative panache about money and finance than Mr. Lewis," praising his ability to use his subject's stories to show the problems with the systems around them.

Lewis has been criticized for writing a 2007 article in Bloomberg criticizing economists at the World Economic Forum for expressing views on how the world wasn't pricing risk appropriately.

Critics from outside the financial industry have also criticized Lewis for what they consider to be inaccuracies in his writing. In a 2011 column in The Atlantic, American journalist and sports author Allen Barra takes issue with Lewis's characterization of Major League Baseball in his 2003 book Moneyball. Barra writes: "From a historical standpoint, Lewis is, well, way off base. By the end of the 20th century baseball had achieved a greater level of competitive balance than at any time in the game's history... Moneyball doesn't just get the state of present-day baseball wrong; it also misrepresents the history of the sport."

Lewis's Flash Boys: A Wall Street Revolt ignited a new round of controversy surrounding high-frequency trading. At a House Financial Services Committee hearing in April 2014, Mary Jo White, former Wall Street insider (as a Debevoise & Plimpton litigations lawyer primarily for Wall Street financial firms), who later served as the U.S. Securities and Exchange Commission (SEC) Chair, denied the theme of Lewis's book, stating that "The markets are not rigged." One month later, in June 2014, White announced that the SEC would undergo a new round of regulatory review in response to concerns about dark pools and market structure.

Lewis's The Undoing Project was widely praised by book critics, with Glenn C. Altschuler arguing in the Pittsburgh Post-Gazette that it "may well be his best book."

Lewis has been married three times. He was married to Diane de Cordova Lewis and then to former CNBC correspondent Kate Bohner. He married former MTV reporter Tabitha Soren on October 4, 1997. He and Soren have two daughters and one son. They reside in Berkeley, California.

Lewis is an atheist. 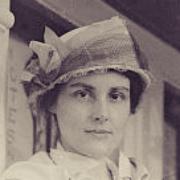