Hinz came from an acting family, his parents were Werner Hinz and Ehmi Bessel, both actors, as well as his brother Knut and half-sister Dinah.

Hinz also starred in numerous films, such as The Longest Day (in which he played Manfred Rommel, the son of his father's character Erwin Rommel), television series, and was the voice actor for Jeff Goldblum in The Ray Bradbury Theater and Scott Wilson in the 1967 film In Cold Blood. He is best remembered for playing Uncle Quentin in the British television series adaptation of Enid Blyton's The Famous Five in the late 1970s.

Hinz's first wife was the actress Ingrid van Bergen, with whom he had his first daughter Carolin van Bergen, who later also became an actress. In 1967, he met the actress Viktoria Brams. They were married from 1968 until Hinz's death in 2008.

In October 2008, Hinz was found unconscious by his wife at home in Munich as a result of a stroke, spending three weeks in a coma until his death on 6 November. His ashes were interred as the Westfriedhof in Munich.

The contents of this page are sourced from Wikipedia article. The contents are available under the CC BY-SA 4.0 license.
View Michael Hinz 's image gallery
Image Gallery 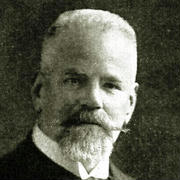