Michael Solomon Gudinski, AM (born 22 August 1952) is an Australian entrepreneur and businessman currently based in Melbourne who is a leading figure in the Australian music industry. Gudinski is mostly known for forming the highly successful Australian record company Mushroom Records in 1972 through whom he signed several generations of Australian musicians and performers ranging from MacKenzie Theory, the Skyhooks, The Choirboys, Kylie Minogue, and New Zealand's Split Enz to newer artists such as Eskimo Joe, Evermore and others forging a string of successful releases by local talent. He is the father of singer Kate Alexa, who has been signed to his record label Liberation Music since mid-2004.

Gudinski was born to Jewish Russian immigrants who had arrived in Australia in 1948.

He was educated at Melbourne High School and Mount Scopus, and was a school friend of several young musicians who later became prominent on the Australian music scene.

Gudinski began promoting rock dances around Melbourne while still in his teens and moved into music agency work in the late 1960s. This led to the establishment of the Consolidated Rock artist agency in around 1970.

In the early 1970s Gudinski founded a short-lived music magazine, Daily Planet, but the publication failed to reach a wide audience and consistently lost money.

Gudinski and fellow music agent Ray Evans formed Mushroom Records in late 1972. The company's first album was an ambitious triple-LP live recording of the 1973 Sunbury Festival. In its first few years Mushroom released albums and singles by some of the most significant Australian rock acts of the period, including Madder Lake, MacKenzie Theory, Matt Taylor and The Dingoes.

Mushroom struggled to survive for its first two years, hampered by lack of airplay on commercial radio, and the company reportedly came close to folding on several occasions. But the label was dramatically pushed to the forefront of the Australian music scene in early 1975 with the massive success of Skyhooks, whose debut album Living in the 70's became the biggest-selling Australian LP ever released up to that time.

Around the same time, Gudinski was convinced to sign expatriate New Zealand band Split Enz, who had recently relocated to Australia. Although they had only moderate success for the first few years, Split Enz scored huge success in 1980 with the release of their album True Colours and the hit single I Got You, which marked the emergence of Neil Finn.

In 1977 Gudinski opened the music venue Bombay Bicycle Club in Bourke Street, Melbourne, soon moving it to Sydney Road Brunswick and renaming it Bombay Rock. This became one of the premier music venues of Australian and international rock bands in Melbourne.

Through his ownership of Consolidated Rock, which later evolved into the Premier Artists/Harbour Agency group, Gudinksi became the major player on the Australian east coast booking circuit, and enjoyed a virtual monopoly on rock music bookings in Melbourne for much of the 1970s. In partnership with others (including Frank Stivala, Philip Jacobsen and Ian James) he has diversified his business interests to include most sections of the music industry including venues, concert promoting, merchandise, publishing and recording.

Gudinski is often referred to as the "father of the Australian music industry" (a title he clearly enjoys) but it is inaccurate and would be more fairly applied to long-serving Festival Records head Alan Hely. Gudinski has been a highly visible public figure throughout his career and he is probably the only Australian record company executive whose name is known by the general public.

In the early 1990s Gudinski sold 49% of Mushroom to News Ltd, who had owned Australia's largest record label, Festival Records since 1961. He controversially sold his remaining 51% share to News in 1999 for a reported A$60 million, claiming that the sale was a protest against the changes to Australia's parallel record importation regulations, a stance many saw as disingenuous and hypocritical.

As of 2006, Gudinski's current business interests include:

On 12 June 2006, in the Queen's Birthday Honours List, he was made a Member (AM) of the Order of Australia. 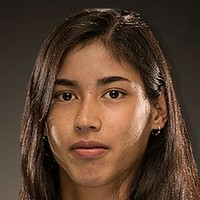