Michael Edward Gross (born June 21, 1947) is an American television, movie and stage actor. He played both comedic and dramatic roles, such as Steven Keaton from the sitcom Family Ties (1982–1989) and the graboid hunter Burt Gummer from the Tremors film franchise.

Gross was born in Chicago, Illinois, the son of Virginia Ruth (née Cahill), a telephone operator, and William Oscar Gross, a tool designer. Gross was raised Catholic and attended St. Francis Xavier school in Chicago in his early years. He attended high school at Kelvyn Park High School on the north side of Chicago. He received his drama degree at the University of Illinois at Chicago before attending Yale University for his Master of Fine Arts degree. His younger sister, Mary Gross, is a former Saturday Night Live cast member.

Gross is known for his roles as Steven Keaton in the 1980s sitcom Family Ties and as Burt Gummer in the Tremors movies and subsequent TV series. He guest starred in an episode of the sitcom Night Court, in which he played a sexual predator of Markie Post's character, Christine Sullivan. In 1988, he portrayed a murderous bank robber in the true life movie In the Line of Duty: The F.B.I. Murders. His other television credits include Boston Legal, How I Met Your Mother, Batman Beyond, ER, Parks and Recreation (Episode: "Summer Catalog"), Law & Order, and two of its spin-offs: SVU and Criminal Intent. From August 2008 to January 2009, Gross appeared on the CBS soap The Young and the Restless as River Baldwin. Gross had a special cameo in 2000 on Spin City as a therapist to Michael J. Fox's character on Fox's final show as a regular on that program. In November 1979, Gross originated the role of Greta in the Broadway production of Martin Sherman's Bent.

Gross has been married to casting director Elza Bergeron since June 2, 1984, and he is a stepfather to her two daughters. Gross is a passionate railfan with an extensive collection of railroad antiques. He is an amateur railroad historian, photographer, modeler, and part-owner in a working railroad, the Santa Fe Southern Railway, a former branch line of the Atchison, Topeka and Santa Fe Railway which operates between Lamy and Santa Fe, New Mexico.

He is also the spokesman for the World's Greatest Hobby campaign sponsored by the Model Railroad Industry Association that promotes the hobby of model railroading. He has also been a spokesperson for Operation Lifesaver, a campaign promoting safety at railroad grade crossings. Beginning in 2009, Gross is the "celebrity spokesman" for the B&O Railroad Museum in Baltimore, Maryland. He is also a member of the Santa Fe Railway Historical Society.

Gross and his Family Ties co-star Meredith Baxter (who played his wife Elyse Keaton), were born on the same day, June 21, 1947. 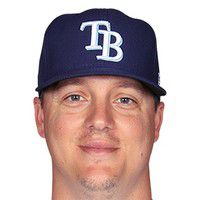 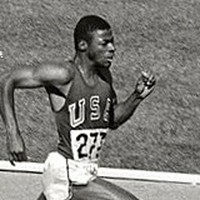