Michael Gough (born 18 December 1979) is an English former domestic cricketer and umpire. He was a right-handed batsman and a right-arm off-break bowler. Gough currently serves as an international umpire and is a member of ICC International Panel of Umpires, representing the England and Wales Cricket Board.

Having played in two Youth Test matches in 1997, he impressed enough to become a fully fledged member of the Durham side of 1998, having previously been an occasional member of their Second XI side, and carrying on in this role for five more years. In his debut in Second XI cricket, he finished his first innings admirably, but went out in the second innings for a duck. Gough played in eleven Youth Test Matches, debuting in South Africa in December 1997, in a match which ended up as a draw having seen England Under-19s follow on from 130 runs behind. He subsequently played against Pakistan, New Zealand and Australia Under-19s.

Gough umpired in the Second XI Championship and in the Second XI trophy, officiating his first game in April 2006. He has umpired in twenty-seven ODI games and seven Twenty20 Internationals since he made his debut as an international umpire in 2013. He was selected as one of the twenty umpires to stand in matches during the 2015 Cricket World Cup, where he was the on-field umpire in three group stage matches. On 28 July 2016 he stood in his first Test match, between Zimbabwe and New Zealand at the Queens Sports Club in Bulawayo. 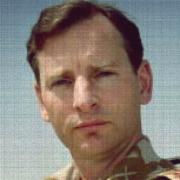