Michael Glos (born December 14, 1944) is a German politician (CSU) who served as Minister for Economics and Technology from November 22, 2005, until February 10, 2009.
After the secondary school level, he made an apprenticeship as miller and became master in 1967. Starting 1968, he managed his parents' flour mill in Prichsenstadt.
Since 1970, Glos is a member of the CSU. In 1972 he was the first chairman of the CSU-chapter of his hometown Prichsenstadt. From 1975 to 1993, he was chairman of the CSU-district of Kitzingen. Since 1976 he is part of the executive board of the CSU Lower Franconia. Since then he is member of presidency of the CSU Bavaria. From 1993 to 2005, he was chairman of the CSU parliamentary group and deputy chairman of the CDU/CSU parliamentary group.
From 1972 to 1978, he was member of the district council of Prichsenstadt and, from 1975 to 1993, member of the council of the district (Kreistag) of Kitzingen. In 1976, Glos was elected to the Bundestag.
Glos is married and father of two children. His third child died in a car accident near Munich in 1997.
On February 7, 2009, he offered his resignation as Minister for Economics and Technology, which was first denied by Horst Seehofer, but later accepted. 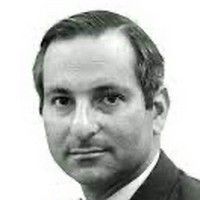