Michael Eric Dyson (born October 23, 1958) is an African-American academic, author, and radio host. He is a professor of Sociology at Georgetown University. Described by Michael A. Fletcher as "a Princeton Ph.D. and a child of the streets who takes pains never to separate the two", Dyson has authored or edited 18 books dealing with subjects such as Malcolm X, Martin Luther King, Jr., Marvin Gaye, Nas's debut album Illmatic, Bill Cosby, Tupac Shakur, and Hurricane Katrina.

Dyson was born in Detroit, Michigan, the son of Addie Mae Leonard, who was from Alabama. He was adopted by his stepfather, Everett Dyson. He attended Cranbrook School in Bloomfield Hills, Michigan, on an academic scholarship but left and completed his education at Northwestern High School. He became an ordained Baptist minister at 19 years of age. Having worked in factories in Detroit to support his family, he entered Knoxville College as a freshman at age 21. Dyson received his bachelor's degree, magna cum laude, from Carson–Newman College in 1985. He obtained his master's and Ph.D in religion, from Princeton University. Dyson serves on the board of directors of the Common Ground Foundation, a project dedicated to empowering urban youth in the United States. Dyson and his third wife, writer and ordained minister Marcia L. Dyson, are regular guests and speakers at the Aspen Institute Conferences and Ideas Festival. Together, they lecture on many American college campuses.

Dyson has taught at Chicago Theological Seminary, Brown University, the University of North Carolina at Chapel Hill, Columbia University, DePaul University, and the University of Pennsylvania. Since 2007, he has been a Professor of Sociology at Georgetown University. His 1994 book Making Malcolm: The Myth and Meaning of Malcolm X became a New York Times notable book of the year. In his 2006 book Come Hell or High Water: Hurricane Katrina and the Color of Disaster, Dyson analyzes the political and social events in the wake of the catastrophe against the backdrop of an overall "failure in race and class relations". In 2010, Dyson edited Born to Use Mics: Reading Nas's Illmatic, with contributions based on the album’s tracks by, among others, Kevin Coval, Kyra D. Gaunt ("Professor G"), dream hampton, Marc Lamont Hill, Adam Mansbach, and Mark Anthony Neal. Dyson's own essay in this anthology, "'One Love,' Two Brothers, Three Verses", argues that the current US penal system disfavors young black males more than any other segment of the population. Dyson hosted a radio show, which aired on Radio One, from January 2006 to February 2007. He was also a commentator on National Public Radio and CNN, and is a regular guest on Real Time with Bill Maher. Beginning July 2011 Michael Eric Dyson became a political analyst for MSNBC.

The Michael Eric Dyson Show radio program debuted on April 6, 2009, and is broadcast from Morgan State University. The show's first guest was Oprah Winfrey, to whom Dyson dedicated his book Can You Hear Me Now?: The Inspiration, Wisdom, and Insight of Michael Eric Dyson. The show appears to have been discontinued with its last episode being in December 2011.

Director of the Los Angeles Public Library, president of the American Library Association 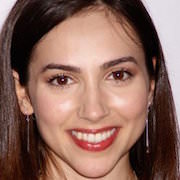 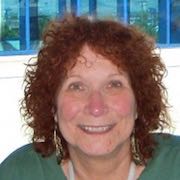