Michael Bernard Easson AM (born 22 March 1955 in Sydney, New South Wales, Australia), is an Australian businessman. On 8 June 1998 Easson was awarded Member of the Order of Australia (AM).

Michael Easson is a specialist in property and infrastructure investments.

In 1978 he was Research Assistant to the Hon. John Brown MP

He then joined the Labor Council of NSW as Education & Research Officer, then Assistant Secretary (1984) and Secretary (1989-1994).

He joined the private sector in 1994, recruited by Sydney Olympic Bid Chief Rod McGeogh for law firm Corrs Chambers Westgarth, and serving on various Boards, including as an independent Director on Macquarie’s Industrial Property fund. Specialising as a company director with businesses in infrastructure, construction and investment, along with Sydney businessmen Shane and Adam Geha, Easson formed EG Property, of which he is Executive Chairman. EG has three divisions, property advisory, funds management, and development. The advisory division, EG Property Group, advises large property owners about land use change. The funds division, EG Funds Management, directly invests in real estate with a focus on land use change associated with nearby infrastructure change – such as rail. The development business project manages the construction of mixed use and residential properties. The funds management division has approximately $2.4 billion in assets under management with offices in Sydney, Perth, Melbourne and Austin, TX.

Easson presently serves as non-Executive Chair of the Association of Superannuation Funds of Australia (ASFA), Chair of Icon Water, formerly known as the ACTEW Corporation, as Chair of ActewAGL, the energy distribution and retail business in Canberra, and as a director of ANZ Stadium

From 2012 to 2014 he was Chair of the Ministerial Council on Business Skills Migration.

He was the inaugural Chairman of the NSW Urban Taskforce, an urban planning policy advocate group in Australia, from 2000 to 2002.

He was Secretary (i.e., head) of the Labor Council of New South Wales (now Unions NSW) from 1989 to 1994. At the age of 34, he was elected as the youngest ever Secretary. He elected Vice President of the Australian Council of Trade Unions, 1993 to 1994, and Senior Vice President of the Australian Labor Party (New South Wales Branch), 1993 to 1995. Whilst at the Labor Council he was Managing Director of Radio Station 2KY (1989 to 1994), and in 1989 co-founded both Asset Super (since 2012 part of CARE Super) & Chifley Financial Services.

After resigning from the Labor Council in 1994, Michael Easson pursued business, academic and other interests.

Michael Easson was a foundation Member of the National Competition Council (1996 to 1999) and an Assistant Commissioner and Commissioner of several Productivity Reports, including the review of Work, Health and Safety in Australia (1994-1995). He served as Chairman of the Review of Commonwealth Payments to Statutory Authorities and Special Purpose Payment to the States from 1995 to 1996. According to then Finance Minister John Fahey in 1997, this resulted in one-off saving of $400 million to the Commonwealth Government.

He was Adjunct Professor of Management at the Australian Graduate School of Management from 1994 to 1998 and served as senior Vice President of UNICEF Australia from 1998 to 2002 and as a member of the Board of the Museum of Contemporary Arts (1999-2000) and as a Director of the Sydney Symphony (1995-1996).

Michael Easson was born in Sydney on 22 March 1955. He matriculated at Sydney Technical High School in 1972.

He is married to former federal politician Mary Easson (Member for Lowe, from 1993 to 1996). They have two adult daughters. 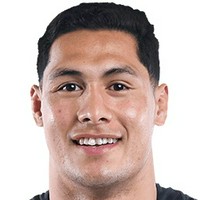