Michael Davis (born August 23, 1953) is a comedic American juggler. He came to nationwide attention in the United States in the early 1980s, appearing on NBC's Saturday Night Live six times, the only professional juggler to juggle on the show.

Born Michael Bruce Davis on August 23, 1953, to James Allen Davis, an English teacher, and Donna Ruth Brewer, a homemaker, Davis spent his early childhood growing up in San Francisco. His parents determined that the mean streets of San Francisco might be more than Davis could handle, so they moved out to the country in Susanville, California. After a few years in Susanville, they decided country life might be a little too quiet, so they moved to the quaint town of Danville, just outside San Francisco. Davis attended Monte Vista High School, graduating in 1971.

On October 1, 1973, Davis started a six-week course at the Ringling Bros. and Barnum & Bailey Clown College. Over 3,500 applicants were whittled down to a group of 38 men and 7 women ranging in age from 17 to 35. Upon completion, successful candidates were offered a contract with the circus. Davis was chosen to be a Ringling clown based on his distinctive deadpan style. He travelled with the red unit for a year. The following year, Davis signed on with the Gatti Charles Circus.

In 1979, Davis performed on HBO's "The Young Comedian's Show," his first major television appearance. On March 15, 1981, Davis performed in the opening (and also closing) night of the Broadway musical, Broadway Follies. Although that musical was a flop, Davis was hired and immediately performed in the Broadway musical, Sugar Babies, for which he was nominated for a Drama Desk Award and won a Theatre World Award for Best Featured Actor in a musical. He returned to San Francisco, established himself as a street performer, and performed at charity events, corporate events, schools and night clubs.

On October 3, 1981, Davis made his debut performance on Saturday Night Live, introduced by Eddie Murphy. On May 7, 1983, Davis performed as Carlo Zambini in his sixth and final performance on Saturday Night Live. Davis was one of the "newscasters" on the NBC summer series The News Is the News in which the members satirized actual news. The show premiered on June 15, 1983; only four episodes aired due to poor ratings.

On March 29, 1986, he performed on the first American telecast of Comic Relief. The telethon, hosted by Robin Williams, Billy Crystal and Whoopi Goldberg, raised funds for homeless people. On May 21, 1986, appeared on NBC's Today Show, juggling for passengers aboard the SS Norway cruise ship. On November 24, 1986, Davis entertained Queen Elizabeth and the Queen Mother at the Royal Variety Performance, London Theatre Royal. On January 20, 1989, Davis returned to the White House to perform at the inaugural gala following President Bush's inauguration.

On July 10, 1990, Davis entertained President George Bush and other world leaders at the 16th G7 summit. On October 30, 1993, Davis performed again at the Ford's Theatre for a TV special, "A Gala for the President at Ford's Theatre", but this time for President Clinton. Co-performers included Whoopi Goldberg, Jay Leno, Michael Bolton, Boyz II Men, Brett Butler, Natalie Cole, and Kenny Loggins. In December 1994, Davis performed in the Broadway performance, Comedy Tonight, a vaudeville type show with Mort Sahl, Dorothy Loudon, and Joy Behar, which lasted only eight shows. On November 5, 1997, Davis again entertained former President Bush and friends, this time at the opening of the presidential library.

In 2008, Davis was featured in the documentary Buskers; For Love or Money. During the early 2000s, Davis was head writer and performed nightly for seven years at Teatro ZinZanni in San Francisco.

The contents of this page are sourced from Wikipedia article on 02 Jul 2020. The contents are available under the CC BY-SA 4.0 license.
comments so far.
Comments
Reference sources
References
https://www.newspapers.com/image/2337053
https://www.nytimes.com/1981/03/16/theater/stage-broadway-follies-opens-at-the-nederlander.html
http://www.people.com/people/archive/article/0,,20079362,00.html
https://books.google.com/books?id=_OUCAAAAMBAJ&pg=PA32
http://www.auburn-reporter.com/entertainment/119430414.html#
http://www.nbc.com/saturday-night-live/video/guest-performance---michael-davis/n8836
http://www.tv.com/people/michael-davis/
https://www.nytimes.com/1983/06/12/arts/television-week-215316.html
http://www.fordstheatre.org/home/about-fords/production-history/1978-1987
Trending today in 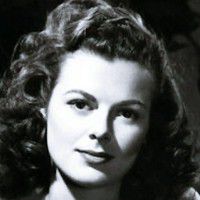 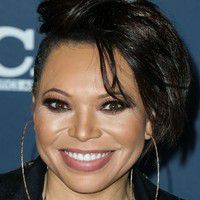 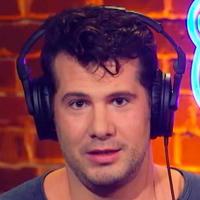 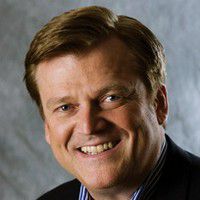