Michael Rich is the President and Chief Executive Officer of the RAND Corporation, the institution's highest-ranking position, which he has held since November 2011. Rich became the fifth president and CEO of the Santa Monica, California-based research institution, succeeding James A. Thomson, who had led RAND since 1989. His father, Ben Rich, was a prominent aeronautical engineer with the Lockheed Martin Skunk Works, most famous for developing the F-117A Nighthawk stealth fighter.

He is also co-chair of the Board of Overseers of the RAND-Qatar Policy Institute; and chair of the Pardee RAND Graduate School Admissions Committee.

Rich is co-author of the 2018 book Truth Decay: An Initial Exploration of the Diminishing Role of Facts and Analysis in American Public Life, along with co-author Jennifer Kavanagh.

Rich was involved in establishing RAND's research and analysis practice in the Middle East. Rich also guided the spin-off of the Council for Aid to Education, a New York-based organisation that supports U.S. higher education institutions with research on student outcomes and giving to education, and which was once a division of RAND.

Rich led the effort to gain land use entitlements from the city of Santa Monica and the California Coastal Commission to build the RAND headquarters campus, which opened in 2005 and today houses 1,000 RAND associates. The project earned Gold LEED Certification from the U.S. Green Building Council and the Urban Land Institute's award for excellence.

Rich is also active within the Pardee RAND Graduate School, the world's largest Ph.D. program in policy analysis, located at RAND's Santa Monica campus. He has taught and advised students as a member of the faculty, and chaired dissertation, qualifying exam and admissions committees.

Rich is a native of Los Angeles who joined RAND as a summer associate and then as a member of the institution's research team upon his graduation from the School of Law at the University of California, Los Angeles.

Rich was formerly Vice President in charge of RAND's National Security Research Division and Director of the National Defense Research Institute, the federally funded research and development center that provides research and policy analysis to the Office of the Secretary of Defense, the defense agencies, the Joint Chiefs of Staff, and the Department of State. He was also responsible for national security studies sponsored at RAND by the intelligence community, Department of Energy, and private foundations. He has published numerous classified and unclassified RAND reports, including studies of the B-2 acquisition strategy, trends in weapons acquisition, multinational coproduction of aerospace systems, various readiness issues, and other topics related to national defense.

Before becoming Vice President, he served at RAND as Deputy Vice President, Director of the Defense Resource Management Program, and Associate Head of the Political Science Department.

Rich is also a member of the California Bar, the Council on Foreign Relations, and several other professional organizations. He is a member of the Governing Council of the International Institute for Strategic Studies, London; the Board of Directors of the Council for Aid to Education (chairman 1996-2005); the Santa Monica-UCLA Medical Center Board of Advisors; Chairman of the Board of Directors of The Communications Institute; the Board of Directors of WISE Senior Services; the UCLA Foundation Board of Councillors; the Blue Ribbon Committee of the WISE/Los Angeles Long-Term Care Ombudsman Program; the Advisory Board of The Everychild Foundation. He chaired the Financial Oversight Committee of the Santa Monica-Malibu Unified School District from 2000-2003.

He is the son of aviation pioneer Ben Rich, and his wife Faye Mayer, a fashion model. He is married, and has two sons. 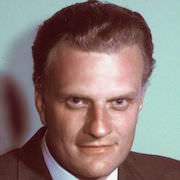