Michael Cretu (Romanian: Mihai Crețu, [miˈhaj ˈkret͡su]; born 18 May 1957) is a Romanian-German musician, singer, songwriter, and producer. He gained worldwide fame as the founder and musician behind the German musical project Enigma, formed in 1990. Initially Cretu was identified as "Curly" or "Curly M.C." in reference to his curly hair and "creț" meaning "curly" in Romanian.

Cretu began a music career in 1976 as a solo artist and released numerous studio albums as well as writing and producing albums for his then-wife, German pop singer Sandra. He also worked with artists through the 1980s, including Peter Cornelius, Hubert Kah, and Mike Oldfield. In 1990, Cretu formed Enigma and released its first album, MCMXC a.D. (1990) which charted worldwide helped by its lead single, "Sadeness (Part I)". Cretu continued to release Enigma albums and singles; the most recent is The Fall of a Rebel Angel (2016), its eighth overall.

Cretu was born on 18 May 1957 in Bucharest, Socialist Republic of Romania, to a Romanian father and Austrian mother. He studied classical music at Liceul Nr. 2 in Bucharest in 1965, followed by further study in Paris, France in 1968. Around this time, Cretu wished to pursue a career in pop music after listening to "Golden Slumbers" on Abbey Road (1969) by The Beatles, calling the song "beautiful". After he informed his mother, Cretu recalled: "She goes, 'Aaargh! Disaster! Do you want to end up starving?'" From 1975 to 1978, Cretu studied at the Academy of Music in Frankfurt, Germany, where he graduated with a degree in music. Cretu went on to speak four languages.

After graduating from the Academy of Music, Cretu remained in Germany and took up work as a session musician. Among Cretu's first jobs was being taken on as keyboardist and producer for German recording artist Frank Farian, and playing keyboards on "Rivers of Babylon" by Boney M. In 1981, Cretu co-formed the German new wave band Moti Special with other session players. Their debut album Motivation (1985) contained the single "Cold Days, Hot Nights" which became a hit around Europe. Cretu left the group before they released their second album in 1990.

Cretu's first solo release was the single "Wild River" in 1976. His first solo album was released in 1977, entitled Moon, Light & Flowers. His second, Legionäre, was released in 1983 and features German lyrics sung by him. Cretu's third solo album was titled Die Chinesische Mauer and was released in 1985. The literal English translation is The Chinese Wall. As with the first, it features German lyrics sung by Cretu and is co-produced by Armand Volker. This album was also released as a separate album with English-language lyrics and a different track listing under the name The Invisible Man. Several of the tracks on The Invisible Man were edited slightly and, therefore, had different lengths than the German-language versions on Die Chinesische Mauer. This featured the song "Samurai", which became a hit.

In 1985, Cretu produced, arranged, and played the keyboards, drums, and programming on The Long Play (1985), the first studio album from German pop singer Sandra. The two began a relationship, and were married in 1988.

In the 1980s, Cretu took over production for the pop quartet Hubert Kah and started writing songs with the band leader Hubert Kemmler, achieving a number of hits. Among his other work, Cretu was also one of the producers of Mike Oldfield's 1987 album Islands and the producer of Peter Schilling's 1989 The Different Story (World of Lust and Crime) album.

In 1992, Cretu worked with Peter Cornelius on Return to Innocence, to provide the guitar riffs.

For the third album, Cretu teamed up with Jens Gad to work together on Le Roi Est Mort, Vive Le Roi! and launched in 1998 a new trance project Trance Atlantic Air Waves and the album The Energy of Sound.

He owned the A.R.T. Studios in Ibiza before moving to a new mansion in the Ibiza hills. His former house, near Sant Antoni de Portmany on the western coast of Ibiza, was a Moroccan-style mansion that was designed and built by Bernd Steber and Gunter Wagner in more than nine years. It also featured a new recording studio. The Spanish High Court deemed the house to have been built illegally and in infringement of Spanish environmental regulations which led to the €18 million villa being razed in May 2009.

After Cretu's marriage to Sandra in 1988, he had an idea for a musical project named Enigma, presented by Fabrice Cuitad (alias David Fairstein). Cretu worked with Frank Peterson and Fairstein to create their ground-breaking first single "Sadeness (Part I)", which became a surprise international hit. MCMXC a.D., the album, which was released in 1990, was hugely successful. Cretu was not surprised by the album's unexpected success, as he recalled telling his wife before its release, "This will be a huge hit or nothing at all". "Cretu's style of mixing a variety of musical genres, samples and sounds led to him being described as an "alchemist in sound".

The second album, The Cross of Changes, was released in 1993. Peterson had disagreements with Cretu by the time of recording and left the project in 1991. Cretu changed Enigma's direction from Gregorian chants to tribal chants for its second album, culminating in its second international hit single "Return to Innocence".

Cretu purposefully reduced the use of Gregorian chants as numerous artists had started to use them in their music, causing "an avalanche of bad copies", but later regarded it as a compliment.

Cretu was approached by Paramount Pictures to write the soundtrack of the movie Sliver and he came up with another 1993 single "Carly's Song" after the main female character's name.

In 1996 Enigma's third album Le Roi est mort, vive le Roi! was released. Stylistically, it sounded like a combination of the first and second albums. It did not achieve the same level of success of them, but sold over 1 million copies in the United States and received a Gold certificate in the United Kingdom nonetheless.

In 1999 Cretu steered the project in another direction by using samples of Carl Orff's Carmina Burana for the fourth album The Screen Behind the Mirror, released in 2000. Andru Donalds and Ruth-Ann Boyle first appeared as features on this Enigma project. Although Jens Gad had been working with Cretu on the earlier albums, this was the first time that he had been given actual credits.

Cretu continued to record Enigma albums, releasing Voyageur in 2003. Familiar sounds of the Shakuhachi flute, tribal or Gregorian chants were replaced with more commercially-friendly tunes and beat. In March 2006, a new single called "Hello and Welcome" was released in anticipation of another album, A Posteriori.

A Posteriori is the sixth Enigma studio album. It was released on 22 September 2006.

Seven Lives Many Faces became the seventh Enigma studio album. It was released on 19 September 2008.

The Fall of a Rebel Angel was released on 11 November 2016. It features the collaboration of many artists.

Cretu married Sandra in January 1988; together they have twin sons. They lived in Ibiza, Spain in a home that also housed A.R.T. Studios, where the Enigma albums were recorded. In November 2007, the couple divorced. The Ibiza home was bulldozed after Cretu lost a legal battle in which he did not obtain planning permission to renovate and build on the site. After the divorce, Cretu remarried. He now lives in Munich, Germany and revisits Ibiza during holidays. 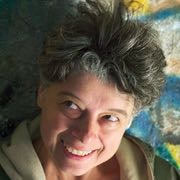