Michael Charlton (born 1 May 1927 in Sydney, Australia) is an Australian-born journalist and broadcaster who worked for the BBC in the United Kingdom for many years.

From 1962 to 1976 he was a reporter and interviewer for Panorama, reporting live from America in the aftermath of the Kennedy assassination. In July 1969 he reported live from mission control for the BBC during the Apollo 11 moon landing. Later, during the 1980s, he presented It's Your World, a phone-in programme on the BBC World Service.

Charlton wrote the 1986 seven-episode documentary TV series Out of the Fiery Furnace with Robert Raymond. The series traced the development of metallurgy from the stone age to the space age. Nuclear industrial advocate Ian Hore-Lacy also worked closely with the production team. The series was shown in 20 countries. 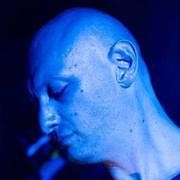